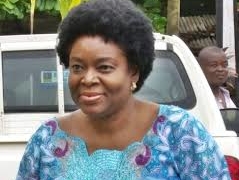 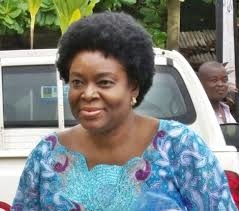 The All Progressives Congress (APC) in Oyo State has expressed its dismay over an alleged calculated attempts by a chieftain of the Peoples Democratic Party (PDP) in the state, Oloye Jumoke Akinjide, to discredit and run down the APC presidential candidate, Asiwaju Bola Ahmed Tinubu, with a view to winning the electorate over for her choice candidate, Atiku Abubakar.

Akinjide, a former Minister of State for Federal Capital Territory, had appeared on some radio stations in the last one week to mobilise support for the PDP flagbearer, Atiku Abubakar, and in the course of her submission and assertion, she reportedly made Senator Bola Tinubu an object of verbal attacks and blackmail.

In a statement issued on Thursday and made available to journalists in Ibadan by its Publicity Secretary, Olawale Sadare, Oyo APC condemned the the former minister, who it accused of promoting campaign of calumny against an established political figure whose time has come to rule the country and move it forward as desired by patriots and well-meaning citizens of the country.

“We have been inundated with unpleasant feedbacks from members of the public who had listened to all the sponsored interviews granted by Mrs. Akinjide-Pategi in the last few days wherein she made futile attempts to tell barefaced lies against the person of Asiwaju Bola Ahmed Tinubu, who is the presidential candidate of our great party in next month’s election. This is nothing but unacceptable malfeasance coming from a fry with a shameful political background.

“It is a height of insensitivity for somebody who has neither won any election in her life nor has someone in her family with any electoral victory now trying to pull down an accomplished personality who has never lost any election anywhere. It would have been better for her (Akinjide-Pategi) to find a better ploy with which she could earn patronage from Atiku than seeking attention using Tinubu’s name because no amount of smear campaigns and character assassination from unscrupulous elements would make voters turn against Asiwaju Bola Tinubu.

“With this development, it is easy for Nigeria to conclude that history is repeating itself because the unfortunate role played by the father of the person in question, in 1979 and 1983, when Chief Obafemi Awolowo was denied the chance to emerge as the nation’s President has a big space in the book of history. Also, another eminent Yoruba son (Chief M.K.O Abiola) had his popular mandate annulled in 1993 and the whole world knows the culpability of the same family, the one waging war against Sen. Bola Tinubu now.

“If money and political patronage is what matters to Ms Akinjide, we urge her to remember the fate which befell her and others in 2015 when they travelled similar route with former President Goodluck Jonathan and got humiliated at the poll. It is on record that a huge sum of money regarded as campaign funds which she collected from Abuja was mismanaged and this caused her to be arrested and prosecuted by the EFCC and we have not seen the end of that case up till even after she had pleaded for plea bargain in apparent admission of corruption and stealing of public funds.

“If what most citizens across the country demonstrate as show of support and endorsement for the Tinubu/Shettima 2023 Project on account of competence, track record and promise does not appeal to the likes of Mrs Akinjide-Pategi, we would encourage them to thread softly and stop fighting dirty in the political space over a lost cause. Nigerians want Tinubu as their next president and there is nothing which the enemies of the country can do about it this time,” Oyo APC stated.

Meanwhile, Oyo APC has applauded former deputy governor of the state, Engr. Rauf Olaniyan, for “his recent heroic activities aimed at achieving all round victory for the APC at this year general election.”

“It is worthy of note that His Excellency, Engr. Rauf Olaniyan, is doing a wonderful job at the moment to mobilize support for Asiwaju Bola Tinubu, Sen. Teslim Folarin as well as all other candidates of of the APC and we shall not take this for granted,” the statement added.