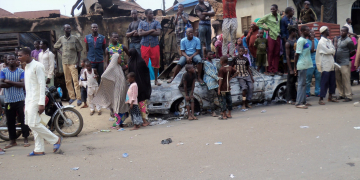 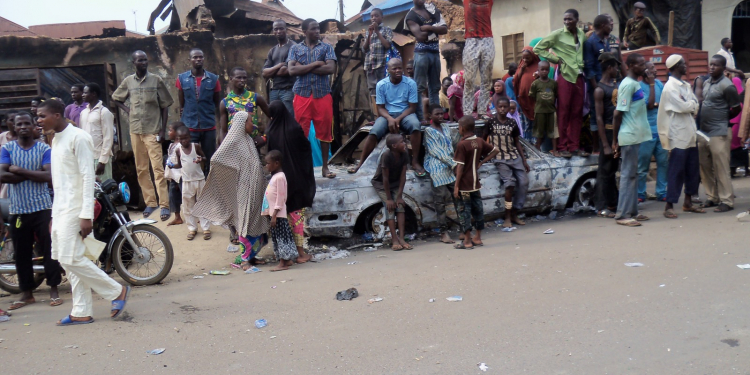 The Arewa Youth Consultative Forum (AYCF) has warned Yoruba groups including the Afenifere over comments credited to the latter on the recent killings in Ile-Ife, Osun state.

A clash between the Hausa community and the indigenes of Ile-Ife on March 8, 2017 led to the death of some Nigerians, most of them reportedly from the north.

The Nigeria police had waded into the crisis and arrested some people. However, some Yoruba groups have kicked saying that only Yorubas were arrested.

The leader of the AYCF, Alhaji Yerima Shettima, said the comments from the Yoruba groups amounted to a gang-up to harass and intimidate the courts and the police from investigating and punishing those found guilty so that a repeat of the sad episode would be avoided.

“We take exception to those marauders who are hiding behind ethnic umbrella and are desperately trying to pervert the course of justice.

“We are cautioning them to tread carefully so that their latest action would not provoke reprisal attacks, because this is an important period in the history of this nation, when all compatriots are working hard to address the multiple challenges confronting the nation, economically, politically and socially,” AYCF said.

The northern group reminded the Afenifere that the Hausas have displayed maturity by not going after the millions of Yoruba citizens doing business in their region.

“This is a demonstration of respect for the rule of law and not cowardice. We are aware that no one has the monopoly of violence or creating hot-air balloons in order to cover up an organized attack on people doing legitimate business in any party of our country.

“We watched with dismay, how the Afenifere is beginning to fan the embers of hatred against the victims and creating heroes out of the attackers. This amounts to a subtle ethnic cleansing campaign and we wish to warn Afenifere and its paymasters to shun such a dangerous act.

“It was unfortunate that a few loquacious Yoruba sons have joined the bandwagon by shouting to the roof tops, in a calculated attempt to dissuade the courts and law enforcement agencies from doing the needful.

“For the records, one-time vice presidential candidate in the 2007 elections, Pastor Tunde Bakare, has launched a negative campaign against the Nigerian police for detecting and carrying out the arrest of prime suspects in the clash. Other tribal champions include Femi Fani-Kayode; and the Yoruba Youth Council (YYC), which bought airtime on Channels TV, just to condemn the arrest of the suspects,” AYCF said.

AYCF added: “Let the Afenifere and their fellow collaborators in this massive cover-up campaign bear in mind that we, the Northerners, are watching and if we were not law-abiding, we would have followed the same path of ethnic antagonism and defending the indefensible.

“To make matters worse, it is in the news that Afenifere has hired eight SANS who have. s is unacceptable and the Nigerian law knows no sacred cows, whoever breaks the law must be made to face the consequences of his deeds, no matter how highly placed. No amount of media propaganda should be allowed to make the innocent people killed in Ile-Ife to look like sacrificial lambs.

“We urge the Nigerian judiciary to let justice take its full course and ignore the ranting of tribal jingoists, masquerading as champions of ethnic cleansing agenda.

“It is now evident that Afenifere has openly endorsed the killings, especially as they were all quiet when the killings were going on and shamelessly came out after the arrests by security agents have been made. Let this be last time anyone would be shielded for killing fellow citizens in the name of ethnic or tribal agenda. We have had enough of this rubbish.”