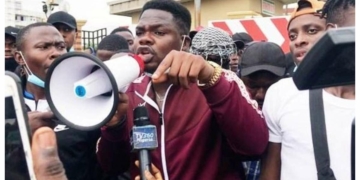 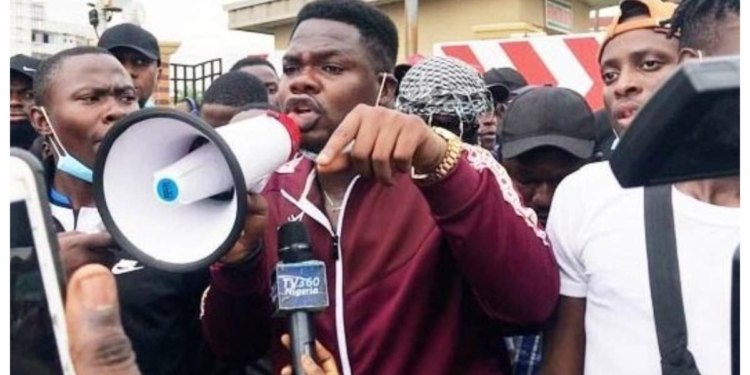 Comedian and skit maker, Debo Adedayo,popularly known as Mr Macaroni, has urged wife of the President, Aisha Buhari, to go to court if she feels aggrieved over a social media post made by a student of Federal University, Dutse, Jigawa State, Aminu Mohammed.

Mr Macaroni, in a series of tweets via his verified Twitter account on Tuesday, said the First Lady should not abuse power but seek redress legally.

He said he had been a “victim of oppression” and he could speak so much about issues like that of Mohammed.

“I can speak so much about issues like this because I have been a victim of oppression and brutality and I know how horrible the experience was! If you are being held by security agents with backing from political figures, they will do the unthinkable!! Dem go lick you finish!

“President Goodluck Jonathan and his wife suffered so many insults. Even from people who are in this present government.

“The All Progressives Congress (APC) trolls, curses and insults some of us here everyday. We dey chest am. The ones we can’t chest, we go to court.

He added that the First Lady was not bigger than any citizen in Nigeria.

“Nigerian politicians and their security agents know how to find citizens when they want to show power and oppress the people. But dem no sabi find terrorists and Kidnappers,” the comedian added.

Aminu Mohammed, a student of the Federal University, Dutse, Jigawa State, according to the National Association of Nigerian Students (NANS), was arrested by the Federal Capital Territory Police Command, Wuse Zone II, Abuja, over a tweet he posted, saying “Su mama anchi kudin talakawa an koshi” (which means ‘the mother has gotten fatter by eating masses’ money’ in Hausa).

In a statement issued by its President, Usman Barambu, in Tuesday, NANS apologised on behalf of the Nigerian students to the First Lady.

Barambu narrated how police from Abuja traced Mohammed to Jigawa where he was picked up. He consequently called for the stsudent’s release.