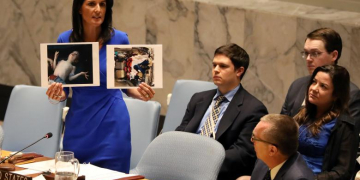 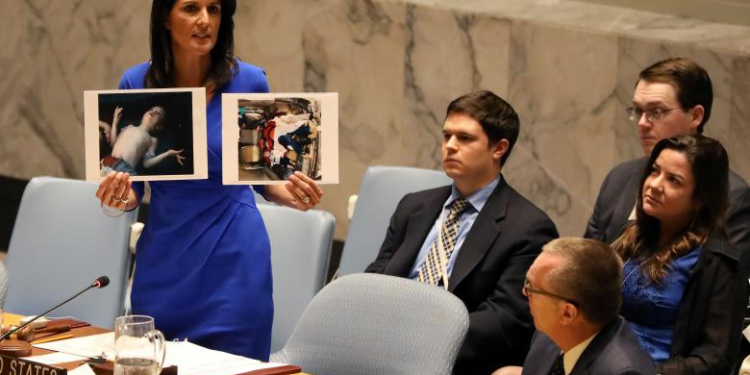 U.S. Ambassador to the United Nations Nikki Haley said in an interview that she sees regime change in Syria as one of the Trump administration’s priorities in the country wracked by civil war.

Defeating Islamic State, pushing Iranian influence out of Syria, and the ouster of Syrian President Bashar al-Assad are priorities for Washington, Haley said in an interview on CNN’s “State of the Union” which will air in full on Sunday.

“We don’t see a peaceful Syria with Assad in there,” Haley said.

The comments represented a departure from what Haley had said before the United States hit a Syrian air base with 59 Tomahawk missiles on Thursday in retaliation for what it said was a chemical weapons attack by Assad’s forces on Syrian civilians.

“You pick and choose your battles and when we’re looking at this, it’s about changing up priorities and our priority is no longer to sit there and focus on getting Assad out,” Haley had told reporters on March 30, just days before dozens of Syrian civilians died from chemical weapons injuries.

Secretary of State Rex Tillerson seemed to take a more patient stance in regard to Assad, saying on Saturday that Washington’s first priority is the defeat of Islamic State.

Once the threat from Islamic State has been reduced or eliminated, “I think we can turn our attention directly to stabilizing the situation in Syria,” Tillerson said in excerpts from an interview on CBS’s “Face the Nation,” that will air in full on Sunday.

Tillerson said the United States is hopeful it can help bring parties together to begin the process of hammering out a political solution.

“If we can achieve ceasefires in zones of stabilization in Syria, then I believe – we hope we will have the conditions to begin a useful political process,” Tillerson said.