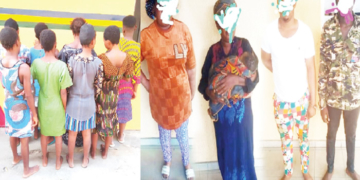 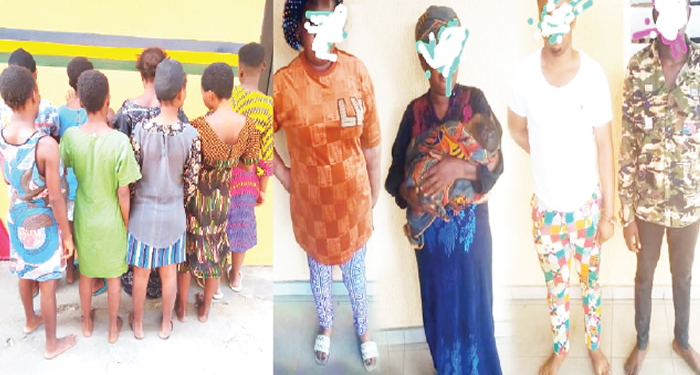 The Rivers State Police Command has disclosed that its operatives arrested a 17-year-old boy, Noble Uzuchi, and Chigozie Ogbonna, 29, for allegedly working for a baby factory.

The four suspects reportedly operated in Obio/Akpor and Ikwerre Local Government Areas of the state.

Iringe-Koko said members of the syndicate were arrested following a tip-off, which the command acted on.

“On Saturday, January 7, 2023, around 4.45pm, while acting on credible intelligence available to the Rivers State Police Command, C4I Intelligence Unit operatives raided two houses at Igwuruta and Omagwa communities respectively, where victims of child trafficking were being kept.

“The victims rescued in the operation are 10, most of them pregnant,” she said.

The police spokesperson said Uzuchi and Ogbonna were hired by the syndicate to have marathon sex with the ladies and impregnate them.

Iringe-Koko also revealed that when a victim was delivered of her baby, the syndicate leader will keep the child and pay her a sum of N500,000.

The police image maker further said that some of the babies previously delivered in the houses had been sold.

“All the victims confessed that they were lured to the illicit sales of children because of the need to meet some financial challenges. A Honda Pilot Jeep, white, was recovered from the syndicate leader.

“The case has been transferred to the State Criminal Investigation Department and efforts are being intensified to track and arrest the buyers of the children already sold out,” she added.