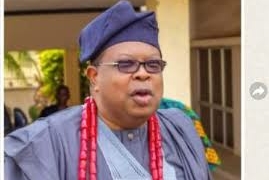 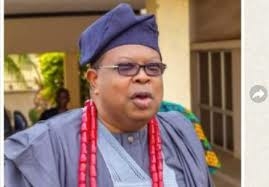 Kola-Daisi: Ibarapa will not suffer developmental neglect under Accord

Why I’m most qualified of all candidates contesting in Oyo South-Alli, ex-Oyo SSG

The inauguration, held in Ibadan, had many supporters who were there to solidarise with Tegbe and identify with thenewly-inaugurated campaign team.

In his remarks, the Director-General, Tegbe Campaign Council, Bibire, urged the campaign team to work with every political interests and other stakeholders to ensure victory for Tegbe, come 2023.

Speaking, Tegbe said as an ardent believer in God, he sees his senatorial pursuit as God’s own project, stating that with the help of God and support of the people of Oyo South senatorial district, he would emerge victorious in the election.

He expressed his profound gratitude to members of his campaign council, groups and several committees, all of which he described as formidable, for accepting to work with him to achieve his senatorial ambition.

Tegbe assured them that no one would be left out in enjoying the benefits of their untiring efforts.

All the campaign team members were presented with their respective letters of appointment at the occasion.

Some members of the campaign team, who spoke,expressed gratitude to Tegbe for counting them worthy of the assignment, pledging to do everything humanly possible to ensure his victory at the poll.