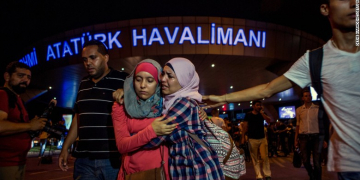 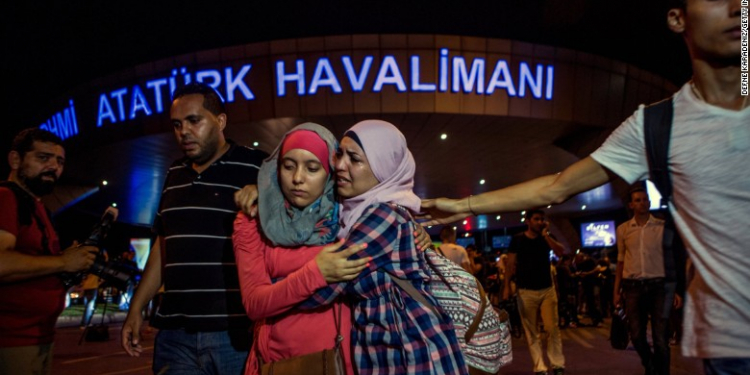 At least 41 people were killed and 239 wounded after three terrorists opened fire and blew themselves up in Ataturk Airport in Istanbul, Turkey on Tuesday.

Turkish authorities believe the perpetrators of the suicide attack, the worst to occur in Turkey this year, were members of the Islamic State of Iraq and Syria (ISIS).

“The findings of our security forces point at the Daesh organization [Islamic State] as the perpetrators of this terror attack,” Prime Minister Binali Yildirim told journalists on Wednesday.

At the time of publication, no group has claimed responsibility for the attack.

According to surveillance footage and witness testimony, the gunmen entered the departures hall and opened fire shortly before the three blew themselves up. One attacker appeared to have been shot by a police officer but still managed to detonate his bomb.

Among the deceased were 23 Turkish nationals, five Saudis, two Iraqis, and citizens from China, Jordan, Tunisia, Uzbekistan, Iran, and Ukraine. Of the 239 wounded and hospitalized, 109 have been released, according to the office of the Istanbul governor.