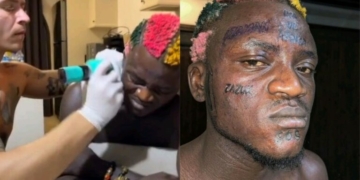 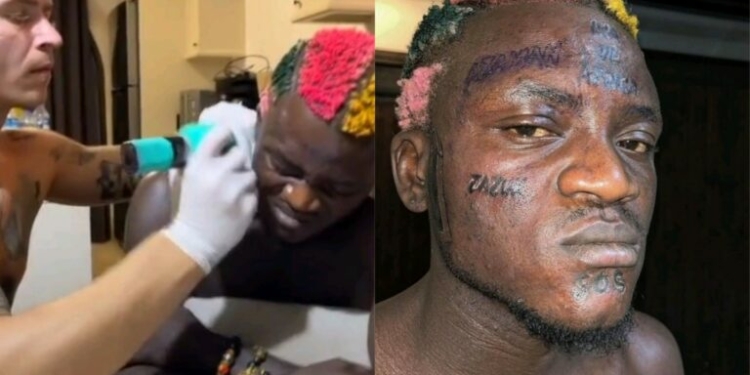 The Zazuu crooner who stormed the country for his concert decided to get a different look as he opted for some new works of art on his face.

In a video posted on his Instagram page on Monday, Portable could be seen sitting on a chair while a man gave him his desired drawings.

Portable accompanied the video with a caption that says: “ZAZUU IKA OF AFRICA. Actually best tattoo guy in Cyprus”

While reacting to Portable’s video, Nigerians faulted the singer over his new look and called him all sorts of names.

Moore_tayewo, said: ” You are doing nonsense oooo, y not into ur tongue

Mary.saint also wrote, ” This one no make sense at all

Stanley Eke, said: It may sound like a cliche but at this point, this Portable guy really needs some phycological and psychiatric help. Sending him love and light.