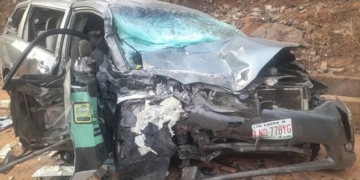 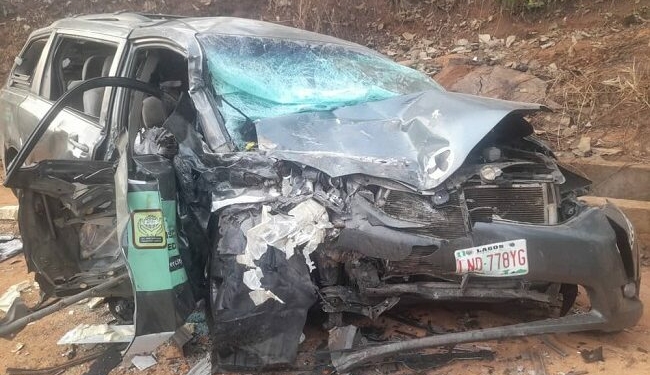 At least three people lost their lives while 12 others sustained injuries in a ghastly accident along Shasha market on Akure-Owo highway, Ondo State, in the early hours of Sunday.

The accident which occurred around 5:50am involved a Toyota Sienna bus and a Hummer bus, claiming the lives of the passengers in the Sienna.

An eyewitness said the vehicles had a head-on collision, after one of the drivers tried to overtake at the wrong position.

According to the eyewitness, the driver of the Toyota Sienna tried to overtake a trailer on the single-lane highway when he collided with the Hummer bus coming from Lagos State.

Confirming the incident, the Ondo State Sector Commander of the Federal Road Safety Corps (FRSC), Ezekiel SonAllah, said that that the accident was caused by wrongful overtaking and speed violation, stressing that those injured have been taken to General Hospital, Akure, for treatment, while remains of the of those who lost their lives have been deposited at the morgue of the same hospital.

SonAllah addes that 15 people including, 12 males and three females were involved in the accident.

“I wish to call on the general public to avoid travelling at night because of the hazard associated with night travelling.

“Passengers have the responsibility to report any driver that does not obey traffic rules and regulations while plying on the road,” the Sector Commander added.