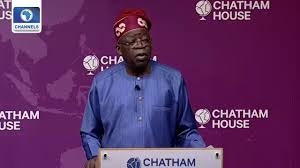 The All Progressives Congress (APC) presidential candidate, Asiwaju Bola Tinubu, has again provided an insight into his source of wealth.

Tinubu in an interview with BBC in London, said he was the most investigated and most accused former governor, yet nothing has been found on him.

Many Nigerians had challenged Tinubu to explain his source of wealth, with several reports alleging that he collects certain percentage from Lagos State revenue.

During the interview, the APC flagbearer accused his critics of envy, explaining that he had a lot of investments which yielded profit.

Responding to the question on corruption allegations against him, he said: “You got to know how to analyse and how to ask questions, not in the accusatory format.

“Are they enemies of wealth, if they are not enemies of wealth, investments do yield. I have an example of Warren Buffet, one of the richest men in America and in the world. He started from stock buying. I inherited great real estate, I turned the values around.

“I am not denying my wealth, I was the most investigated, the most accused governor for eight years, up to 2007 and since I left the office, I am still there, I have not taken any government appointment.”

Asked on the allegation that he was taking a certain share of the revenue being generated in Lagos State where he governed between 1999 and 2007, he retorted: “Hey excuse me, share what? Have they proven it? IMF has investigated the record in Lagos. What is wrong with them? It is envy.”