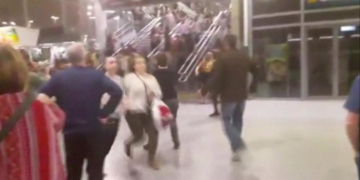 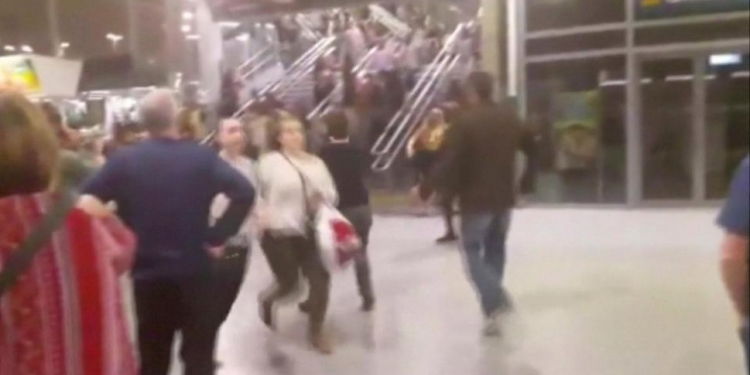 There was a suicide bomb attack in the Manchester Arena, UK at an Ariana Grande concert last night. At least 22 people have been confirmed dead while more than 50 people were injured.

Andy Holey, who had gone to the venue to pick up his wife and daughter who had been at the concert, told the BBC: “As I was waiting, an explosion went off and it threw me about 30 feet from one set of doors to the other set of doors.

“When I got up I saw bodies lying on the ground. My first thought was to go into the arena to try to find my family.

“When I couldn’t find them, I went outside with the police and fire and looked through some of the bodies to try and find my wife and daughter.”

Mr Holey told BBC that he did find his family and they were unhurt.

“It was definitely an explosion and it was some force. It happened near the box office at the entrance to the Arena.”

Leaders from around the world have condemned the terror attack at a Manchester music concert and offered their condolences to the victims.

He said: “This incident, this attack, is especially vile, especially criminal, especially horrific because it appears to have been deliberately directed at teenagers.

“This is an attack on innocents. Surely there is no crime more reprehensible than the murder of children.

Indian Prime Minister Narendra Modi tweeted: “Pained by the attack in Manchester. We strongly condemn it. Our thoughts are with the families of the deceased & prayers with the injured.”

In Japan a government spokesman said: “If this is a terrorist attack, such abhorrent acts of terrorism cannot be justified for any reason, and Japan firmly condemns such an act of terrorism.

“I would like to express my heartfelt condolences to the victims and families of the deceased and my prayers to a swift recovery for the wounded. Japan stands in solidarity with the people of the UK.”

Canadian Prime Minister Justin Trudeau tweeted: “Canadians are shocked by the news of the horrific attack in Manchester tonight. Please keep the victims & their families in your thoughts.”