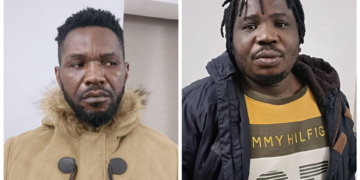 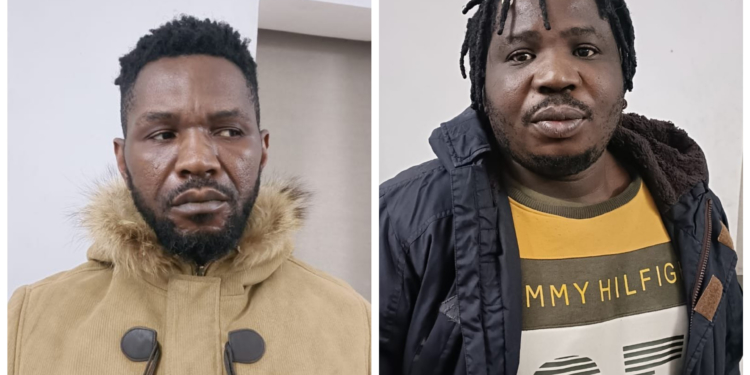 The police in India, have arrested two Nigerians who allegedly posed as “love gurus” to dupe an Indian doctor of N6.6 million (Rs 12.45 lakh).

The police said the duo promised to cast a love spell on the victim who was going through a rough patch in her life and fell prey to the fraudsters after searching on Google for a “love spell caster,” Indian Express reports.

According to the local news platform, the officers identified and arrested Okwuchukwu, 41, and Obiwuru Jonathan Uzaka, 35, both residents of Uttam Nagar in Delhi.

The police said they were on the hunt for two other accused persons, Michala Ajunda and Daniel.

According to them police, the complainant, an ophthalmologist, said the accused informed her that they were “love spell casters” from Uganda and would perform some prayers for her love.

The accused also sought Rs 1 lakh to be transferred initially and collected up to Rs 12.45 lakh, citing various reasons.

In a statement, the police said: “The complainant who was seeking a solution to her love life problems and professional success had searched online for “love spell caster” and got the phone number of the fraudsters, she told police in her complaint.

“Based on her complaint, the police registered a case and collected technical evidence. A special team led by Inspector J Narender Goud rushed to Delhi, arrested the accused and brought them to Hyderabad on transit remand.

“The accused have been remanded in judicial custody.”

However, the police found that the four accused arrived in India for a cloth business and hatched a plan to cheat gullible citizens and earn money after suffering losses in business.

The police further stated that the accused persons opened bank accounts through brokers and posted advertisements on social media platforms and Google.

“Along with their phone numbers, they gave ads offering services in astrology, love spell cast, and solutions for life’s problems,” the statement added.

'All I do now is personality'- Ex-Oyo APC governorship aspirant, Niyi Akintola declares support for Makinde