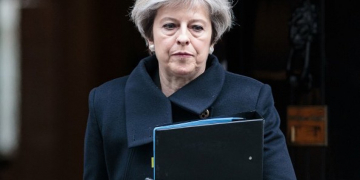 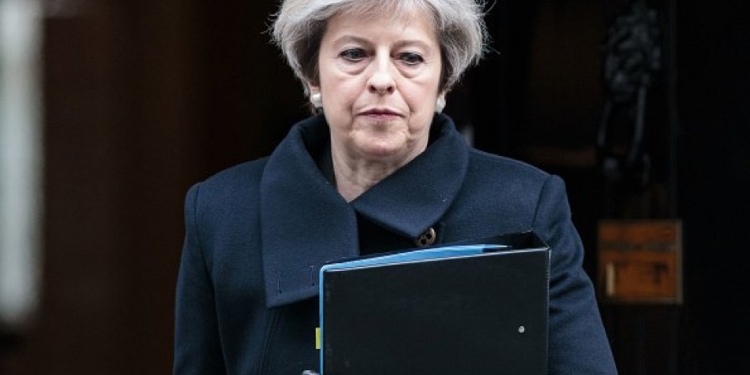 Britain’s voters have delivered a stunning blow to Prime Minister Theresa May, wiping out her parliamentary majority and prompting calls for her to resign, CNN reports.

BREAKING: Theresa May bursts into tears as she resigns as British Prime Minister (FULL STATEMENT)

With most results declared, May’s party, the Conservatives Party, won the most seats — but not enough to govern without the support of minority parties.

It was devastating result for May, who had called the election three years earlier than required by law, convinced by opinion polls that placed her far ahead of opposition Labour Party leader Jeremy Corbyn.

The result also plunges Britain into a period of renewed political chaos, with Brexit talks likely to be delayed and May’s personal authority shredded. There was already talk in Conservative circles that she might have to resign, less than a year after taking over from David Cameron, who resigned following the Brexit referendum.George Osborne, the former finance minister who stepped down at the election, told ITV that the results were “catastrophic” for his party. Anna Soubry, a Conservative MP, said May would have to consider her position.

The result appeared certain to plunge the UK into another period of political uncertainty, with formal Brexit talks due to start in 10 days’ time. The pound fell on currency markets in the wake of the results.

After the result was declared in her constituency of Maidenhead, May gave a faltering speech. “At this time more than anything else, this country needs a period of stability,” she said, suggesting she would attempt to form a government even if her party loses its majority.

Corbyn said the early results showed May had lost her mandate and called for her to resign.

“People have said they have had quite enough of austerity politics,” he said, repeating his campaign promises to push for better funding for health and education.

There were upsets elsewhere in the UK: In Scotland. the Scottish National Party was on course for significant losses. The former leader, Alex Salmond, lost his seat, as the Conservative Party made some rare gains in Scotland. 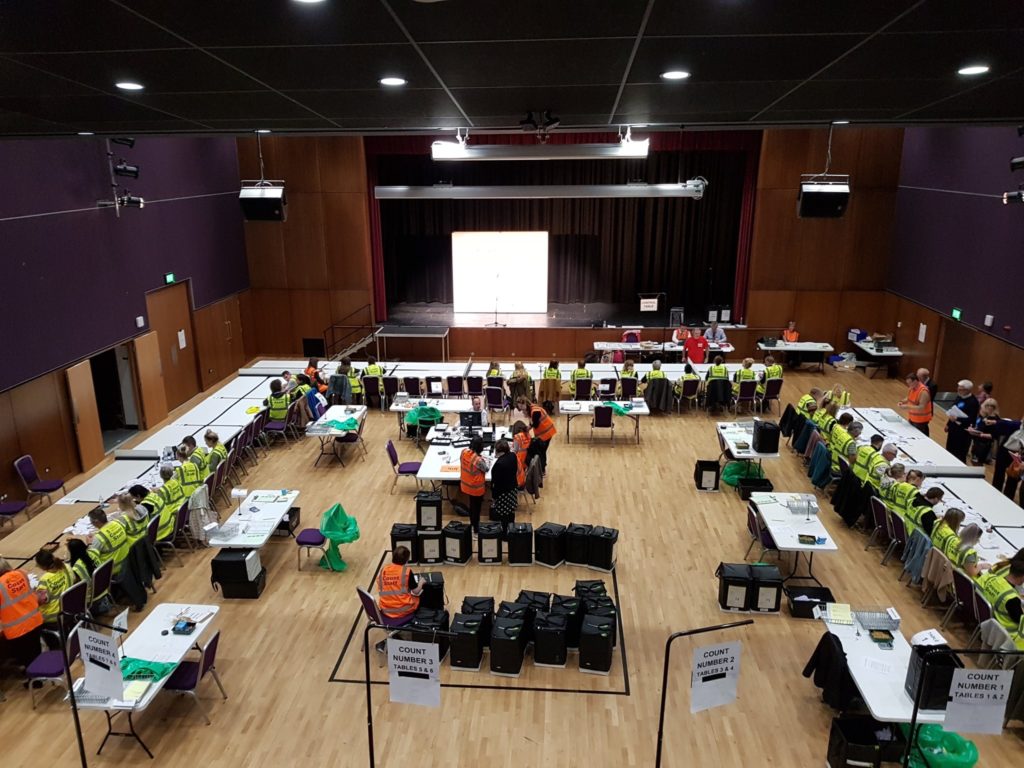 Home Secretary Amber Rudd, one of May’s closest allies, barely held onto her seat of Hastings and Rye, after a recount put her just over 300 votes ahead of the Labour candidate.

Commentators agreed the results were bad for the prime minister. “This is a major disaster for her personal authority over the country and the Conservative Party, particularly because she made this election all about her ‘strong and stable’ leadership,” Jane Merrick wrote for CNN. “She made the election a referendum on Theresa May and she has lost.”

One of many key questions for the coming days will be what approach is taken to the Brexit negotiations, even if May stays as prime minister.

She had promised a “hard Brexit” if Britain did not like the terms of the divorce negotiated with the EU. She vowed to take the country out of the EU’s single market and customs union, essentially a free-trade zone, radically changing Britain’s relationship with one of its biggest trading partners.