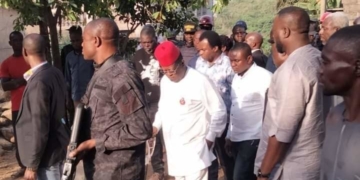 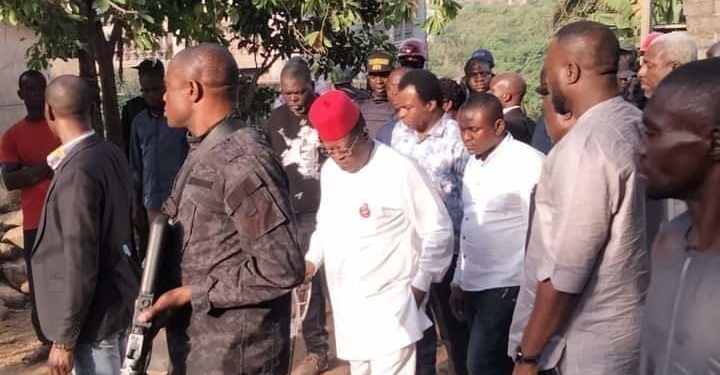 Ebonyi State Governor, David Umahi, has ordered the arrest of the state All Progressives Congress (APC) chairman and the party’s House of Representatives candidate for Afikpo North/South Federal Constituency, Eni Chima, following the killing of a police officer and two other persons after a clash involving APC supporters.

According to a statement on Tuesday by Chooks Oko, his media aide, the governor issued the directive during an assessment tour of the area where the incident occurred.

Umahi, who expressed concern over the incident, directed security operatives to ensure proper investigation and prosecution of all persons found culpable.

Ebonyi State Police Command spokesperson, Chris Anyanwu, had earlier confirmed the killing of the police officer and two others in a statement on Tuesday.

“At about 1630hrs of December 26, a day popularly known as ‘Boxing Day’, a distress call was received that sporadic shootings and killings were going on at Ekoli-Edda between Ebube Agu operatives who accompanied their boss, Mr Stanley Okoro-Emegha, the State’s APC chairman.

“The open shoot-out was not far-fetched from previous grudges existing among the political factions.

“In the process, a youth leader identified as Kalu Egwu was wounded, later rushed to a neighbouring hospital at Ohafia, Abia State, where he was confirmed dead.

“Angered by his death, the youths of the area mobilised and went on rampage, killing Eme Orji, a younger brother of the State APC Chairman and an Inspector of Police attached to SPU.

“When the Tactical Teams were dispatched to Ekoli-Edda to take control of the situation, they were ambushed by youths of the area at the village entrance. However, the operatives manouevred unhurt.

“Two suspects were arrested among the irate youths, while others are still at large,” the statement added.

Anyanwu added that the bodies of the three persons have been evacuated and deposited at different morgues in the state.