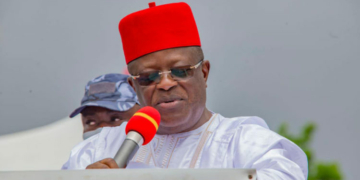 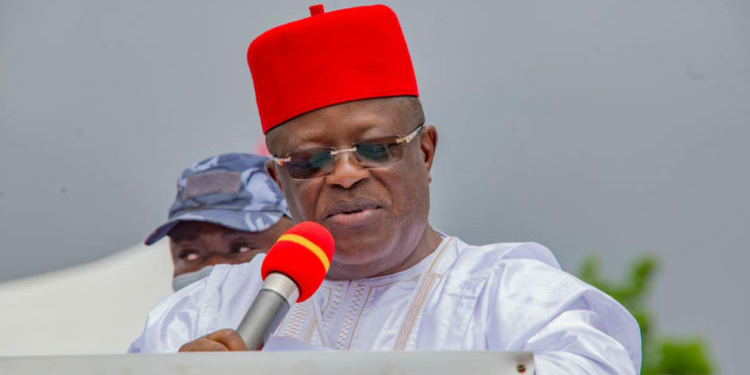 Ebonyi State Governor, David Umahi, has ordered the state chapter of the All Progressives Congress (APC) to pay a fine of N5 million for contravening the provisions of Executive Order 3 of 2022.

Executive Order 3 prohibits political parties from using public places such as schools, parks, and markets among others for political activities without seeking and obtaining due clearance from the state government.

The order, signed in November by Umahi, who is a member of the APC, also prohibits political parties from using critical infrastructures for pasting posters without obtaining state’s clearance.

The order for the fine imposed on the APC in the state was contained in a statement signed by the Commissioner for Information and Orientation, Mr Uchenna Orji, and made available to newsmen in Abakaliki, the state capital, on Sunday.

“The governor appeals to all political parties not to take this benevolence as a sign of weakness.

“Government will seal all secretariats and campaign offices of parties that fail to remove their posters or desist from continuous pasting of posters on critical infrastructure,’’ he warned.

Orji also stated that Umahi had banned all street campaigns in the state.

“Any political party that is denied such opportunity and has complied with the laws of the state and the Executive Order must report to the state governor.

“Affected parties can also report to the Commissioner of Police or the Director of the State Security Service within 24 hours for immediate approval,’’ the statement added.

Osun recovery panel: Another batch of 55 vehicles worth N1.5bn carted away by Oyetola's appointees