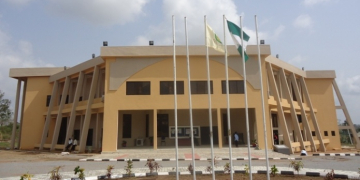 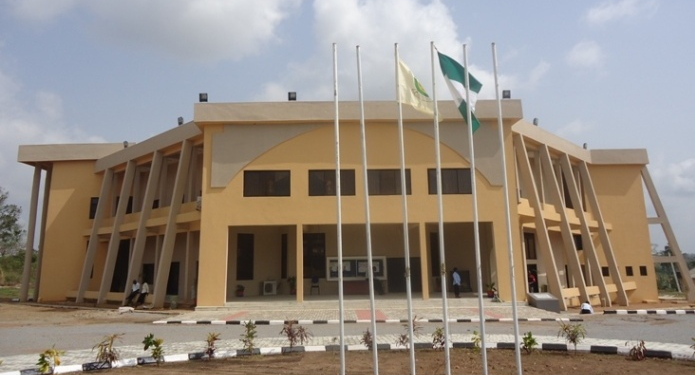 Some members of staff and students of the Osun State University, College of Education, in Ipetu Ijesa, were on Tuesday injured when officers and men of the Nigerian Air Force Institute of Safety located in the town invaded the campus.

Although the reason for the invasion was not known as of the time of filing this report, some residents told our correspondent on the telephone that the air force men had been terrorising students of the university for a long time.

The air force men, who were reportedly armed with guns, cutlasses and sticks, were said to have arrived on the campus in patrol vehicles and Armoured Personnel Carriers and descended on lecturers and students.

No fewer than 11 students were reportedly injured in the attack, while some lecturers and other workers were also injured by the military men, who reportedly used gun butts, cutlasses and sticks freely on the school’s population.

One of the injured lecturers, Dr Femi Abanikanda, who narrated his ordeal to our correspondent, said he was beaten up by the rampaging military men, who allegedly injured other lecturers and harassed some female lecturers on the campus.

He said, “I am in a hospital now for treatment. My head is swollen; I have a cut close to my ear. There are bloodstains all over me.

“These people are not supposed to be living close to human habitation. The Air Force Institute of Safety is supposed to be a source of benefit to the community, but their presence here has been bringing tales of woes.

“They slapped Dr Yusuf (another lecturer) and beat everybody they saw with sticks. I have never seen that kind of barbaric act. They should be relocated far away from where human beings are living.”

The Dean, Student Affairs of UNIOSUN, Dr Adebimpe Adigun, said the attack on the campus was bloody.

Adigun added that she went close to the rampaging military men, who she said were many, but they warned her not to come closer or she would be shot.

She said, “They (air force men) came to our campus. They beat up members of staff and students. There are some students, who we have not seen up till now.

“Six of our students have been admitted to a hospital; five were treated for injuries. Two members of staff were also wounded by the military men.

“They did not fire a single shot, but they beat up students and injured them. They also beat up our workers. I knelt down and begged them, but they did not listen. I called their commandant on the telephone to help talk to his boys. I think he did that because they have left our campus now.

“But we have yet to see some of our students, who ran inside the bush to escape the attack.”

Abanikanda later told our correspondent that the rampaging military officers came back and continued with the attack on the university.

The Commandant of the Air Force Institute, Air Commodore Ayo Jolasinmi, when contacted on the telephone by our correspondent, said the matter was already being investigated.

He said he was not in Ipetu Ijesa on Tuesday, but stated that if any of the air force men was found culpable, the air force authorities would deal with such person according to the laid down law.

Jolasinmi said, “The air force is a highly professional service. We don’t tolerate any act of indiscipline. I am not in Ipetu Ijesa or anywhere close to Osun State now, but we are investigating whatever happened today ( Tuesday).

“If anybody on our side is found culpable, he will be dealt with according to the laid down procedure. We don’t tolerate indiscipline and we don’t tolerate brutality and we will not sweep anything under the carpet.”

Meanwhile, the management of the Osun State University has closed down the institution’s campus in Ipetu Ijesa following the invasion.

The closure was announced in a statement signed on behalf of the Acting Registrar by one A.A. Adeosun.

The statement noted that the closure would take effect on Tuesday, while students were expected back on the campus on May 31.

The statement read, “The Vice Chancellor has approved that all students of Ipetu Ijesa campus of the Osun State University should proceed on one week break from today, Tuesday, May 23, 2017.

“The break is necessitated by the invasion of the campus and the brutalisation of our staff and students by the men of the Nigerian Air Force Safety Institute, Ipetu Ijesa.