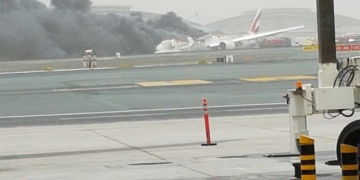 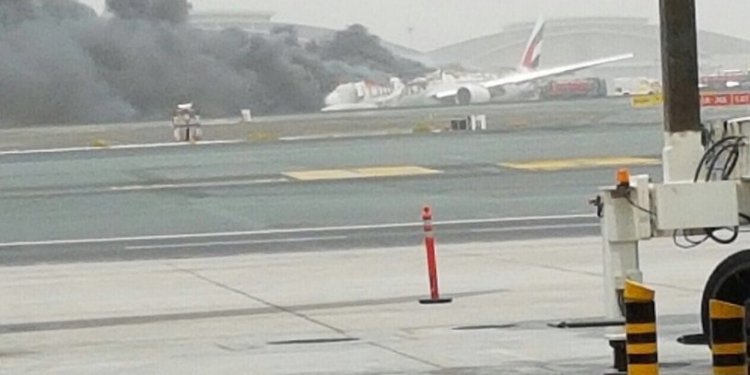 A Boeing 777-300 flying from Thiruvananthapuram, India with 275 passengers and crew has crash landed at the Dubai International Airport.

UAE to lift entry ban on travellers from Nigeria, others Saturday

Unconfirmed social media reports on social media said the plane “came in hard” as it hit the runway. Images of the incident surfaced online showing how the plane burst into flames after it had crash landed.

All passengers were safely escorted out of the plane after the crash landing and it is not thought there are any casualties.

The area has been cordoned off.

“Emirates can confirm that an incident happened at Dubai International Airport on 3rd August 2016 at about 12.45pm local time (9.45am BST).”

One passenger at the airport said flames burnt through the top of the aircraft before being brought under control.