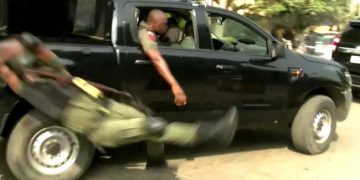 VIDEO: Police officer falls off van while jubilating in Lagos

VIDEO: Police officer falls off van while jubilating in Lagos 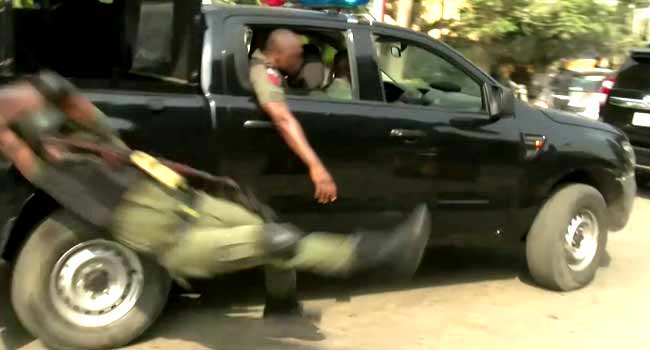 A police officer in Lagos fell off a moving patrol van while jubilating over the reversal of the decision to redeploy the Commissioner of Police in the state, Edgal Imohimi on Tuesday.

The incident captured by Channels TV occured occurred on the premises of the Lagos State Police Command Headquarters in Ikeja area of the state.

The police officer was among the personnel on the convoy of the Commissioner of Police, Mr Edgal Imohimi.

He was rushed to hospital after the incident.

Imohimi had been redeployed by ex-Inspector General, Ibrahim Idris and was due to handover to Kayode Egbetokun.

Few hours after the new IG, Adamu Mohammed took over, Imohimi announced that he had been directed from Force headquarters to suspend the handover. The announcement generated wild jubilation from some police officers.