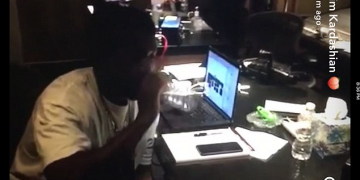 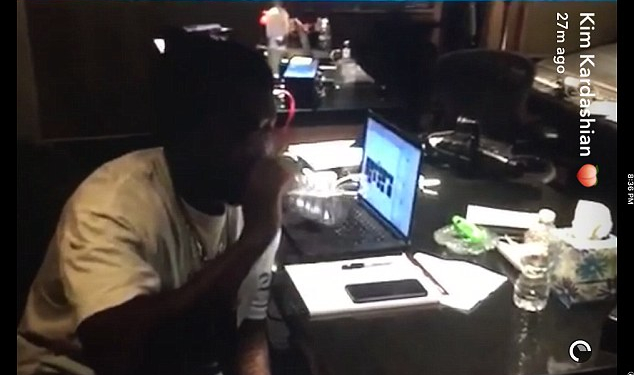 Taylor Swift has defended herself after Kim Kardashian shared a recording of her seemingly approving Kanye West’s Famous lyrics earlier this year.

The video clips that the KUWTK star posted appear to show Taylor okaying the song but the 26-year-old star insisted in an Instagram message on Sunday that it doesn’t prove she approved the ‘I made that b***h famous’ line.

Clearly upset the Bad Blood hitmaker wrote: ‘Where is the video of Kanye telling me he was going to call me ‘that b***h’ in his song?

‘It doesn’t exist because it never happened. You don’t get to control someone’s emotional response to being called ‘that b***h’ in front of the entire world.

‘Of course I wanted to like the song. I wanted us to have a friendly relationship. He promised to play the song for me, but he never did.

‘While I wanted to be supportive of Kanye on the phone call, you cannot ‘approve’ a song you haven’t heard. Being falsely painted as a liar when I was never given the full story or played any part of the song is character assassination.

She concluded: ‘I would very much like to be excluded from this narrative, one that I have never asked to be part of, since 2009.’

In the caption Taylor wrote: ‘That moment when Kanye West secretly records your phone call, then Kim posts it on the internet’

Kim, 35, shocked fans on Sunday by sharing a recording of the phone call where the rapper talks to Taylor on speakerphone about his controversial new track.

In the next clip the 39-year-old is heard telling Taylor: ‘I think this is a really cool thing to have,’

Taylor then responds ‘I know, I mean it’s like a compliment,’

‘What I give a f**k about is you as a person and as a friend. I want things that make you feel good. I don’t want to do rap that makes people feel bad,’ Kanye says.

The songstress then says, ‘Go with whatever line you think is better. It’s obviously very tongue in cheek either way. And I really appreciate you telling me about it. That’s really nice.’

‘I just have a responsibility to you as a friend. Thanks for being so cool about it,’ the rapper responds.

Taylor then gushes: ‘I really appreciate it. The heads up is so nice…I never would have expected you to tell me about a line in a lyric. And the flowers that you sent me, I Instagrammed a picture of them and it’s the most Instagram likes I’ve ever gotten.’

‘Relationships are more important than punchlines, you know,’ Kanye says.

Taylor then adds, ‘Yeah, I mean, I don’t think anybody would listen to that and be like, “Oh that’s a real bit. She must be crying.”

Trump promises to get US rapper, A$AP Rocky, out of detention in Sweden, assures friend, Kanye West

Indeed the videos do not appear to show Kanye asking Taylor about the lyrics ‘I made that b***h famous,’ which reportedly infuriated her when the song was released earlier this year.

Kim’s Snapchats came shortly after she tweeted a thinly veiled message about Taylor.

‘Wait it’s legit National Snake Day?!?!? They have holidays for everybody, I mean everything these days!’ she wrote followed by numerous snake emojis.

Taylor been on the receiving end of backlash on social media this week after comments made by her ex Calvin Harris accusing her of trying to ‘bury him like she did Katy’ in reference to her former friend Katy Perry.

The producer was upset that the 10-time Grammy winner was taking credit for his track This Is What You Came For.

Shortly after the DJ’s comments, fans hit back at Taylor by posting hundreds of snake emojis on her social media accounts.

It was reported in June that Taylor was trying to have Kim and Kanye destroy the recording of their conversation about Famous.

And in an interview published last month, Kim claimed that Taylor had not only approved the lyrics, but also agreed to laugh about the song at the Grammy awards in February.