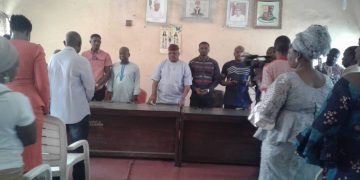 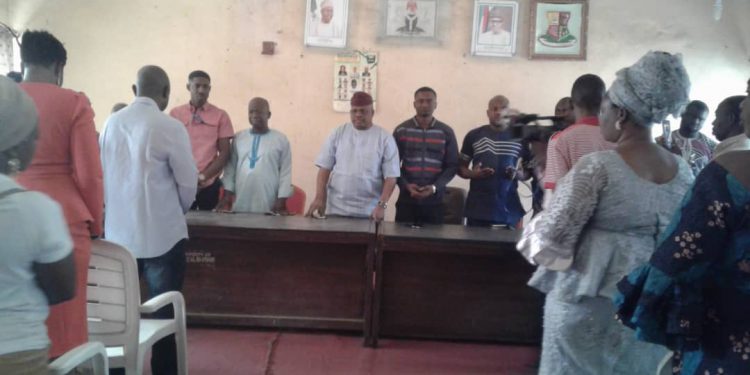 The sacked council chairmen in Oyo State under the aegis of Association of Local Government of Nigeria(ALGON), has rejected the allegation of gross misconduct leveled against its members by the State House of Assembly.

It would be recalled that an ad-hoc committee of the State House of Assembly had on Tuesday indicted the sacked council chairmen of duplication and inflation of projects, illegal withdrawals from the stabilisation account and fund allocation for projects that had little impact on the grassroots.

But the chairmen in a statement signed by the ALGON Chairman in the state, Prince Ayodeji Abass-Aleshinloye, described the Assembly’s allegation as laughable and unnecessary comic relief, unconstitutional, illegal, null and void. He added that it smacks of political partisanship and group bias.

“Sorry, the blackmail this time from the parliament came too late and too little in the day and this irritation is too small to divert ALGON’s attention or distract democracy loving people of Oyo State and all discerning Nigerians from the core issue of lawlessness, illegality and strange dictatorship unleashed on the state by the governor, Engr. Seyi Makinde while the House of Assembly fiddled, was intimidated and later recruited to be part of the coup against grassroots government in the state. The Assembly was complicit by illegally approving the governor’s hungry local termites, the undertakers called caretakers to invade and feed fat on local government councils despite our letters to the parliament to call the governor to order.

“That the parliament’s allegation of gross misconduct against us came few days after the ALGON Chairman had publicly alleged the illegal hurried sales of property of councils by the illegal caretakers and also exposed the N3. 5m ‘war matching grant’ that the governor gave each of the council invaders as part of the war budget to hire thugs to attack, maim, kill and destroy local government secretariat, after elected chairmen had resumed shows the shameful complicity of the leadership of the House in the series of violence unleashed on the state which unfortunately had claimed one life with some of our members wounded despite police efforts at restoring peace, law and order,” the chairmen said.

He said: “Before Governor Makinde ‘s coup (now aborted) against democratically elected local government Chairmen, our books and finances had been thoroughly scrutinised and audited regularly by all appropriate agencies of the state government in the last administration and the last House of Assembly. Notwithstanding this, we boldly say, now that we have resumed duty, that all chairmen of local government and development areas are ever ready to present ourselves again for scrutiny by any unbiased agency of government that has the constitutional power to do that. In addition to this, we challenge the House of Assembly to set up a democratically elected probe panel of financial experts, professional bodies, ALGON National, trade unions including NLC & NULGE, and Civil Society Organisations for same purpose. ALGON members will make ourselves readily available.

“We are for transparency, probity and accountability but not for witch hunting as the haunting conscience of the Speaker loudly revealed in his remark while receiving the so-called report of the Kangaroo panel set up by the parliament as a hunting dog of Governor Seyi Makinde.

“Lastly, we hasten to say openly that the stage of struggle we are in now to save our dear state from lawlessness and draconian rule of the governor, is too demanding of our attention than to be distracted by any parliamentary comedy of errors and illegality, a latest comedy show produced by the governor.”

You would have been banished from Ibadanland, Olubadan tells estranged High Chiefs