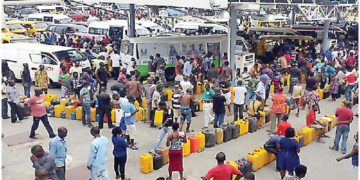 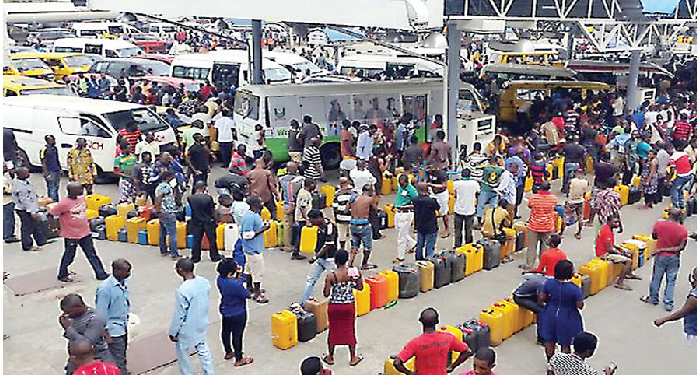 The Independent Petroleum Marketers Association of Nigeria (IPMAN) has blamed the scarcity of petrol across the country, especially in Lagos and Abuja on the unstable value of the foreign exchange (forex) and low supply of bulk import to depots from the Nigerian National Petroleum Company (NNPC) Ltd.

There are queues across stations in Lagos and Abuja despite the product selling between N180 and N200 per litre across major outlets on Friday.

Speaking at a press briefing in Lagos, on Friday,Chief Ukadike Chinedu, the IPMAN National Public Relations Officer, said bigger vessels bring petrol to Nigeria through Lagos while smaller ones convey products to ports in Lagos, Warri, Port Harcourt, among others, adding that these smaller vessels are also paid in dollars.

He also explained that the absence of vessels to move products due to the hike in hiring cost was also contributing to the ghost scarcity of petrol across the states.

The IPMAN PRO said the NNPC was currently finding it tough to continue subsidising PMS.

“The least that NNPC can sell petrol is over N400/litre to depots and not at N145/litre, but because of subsidy, which is becoming over-bearing on them, the oil firm has been struggling to subsidise.

“All these are factors that definitely affect petroleum products’ prices since we are not producing refined products in Nigeria. We cannot sustain the importation of petrol.

“Otherwise, we will continue to see ghost queues every month and this may continue till the end of this year. The major solution now is to speed up the repairs of our refineries. However, we are meeting and looking for quick interventions,” he said.

On his part, IPMAN Deputy National President, Zarma Mustapha, stated that the queues would likely continue till December, adding that efforts were on to address the hitches.

He said: “The on and off queues are due to issues of logistics in terms of supply of the commodity to the retail outlets from either the mother vessel to the private depot owners, and from there to independent and major marketers’ stations.

“There are a series of logistics issues as regards the supply chain. But the government and stakeholders are engaging in order to get a solution to these issues. However, we believe that this will be addressed, though it may drag beyond December.”