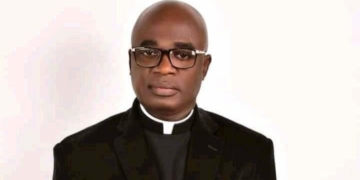 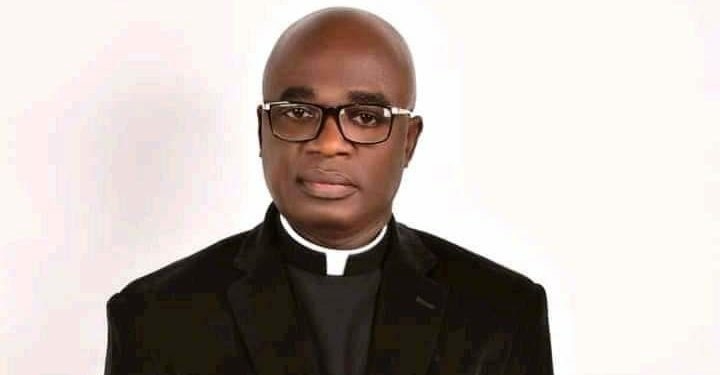 The governorship candidate of the All Progressives Congress (APC) in Benue State, Reverend Father Hyacinth Alia, has said that the terrible situation of the state informed his decision to leave the pulpit and venture into politics.

Alia stated this while unveiling his official campaign website and manifesto, titled ‘A Strategic Development Plan for a Greater Benue,’ in Makurdi, the state capital, on Sunday.

The Catholic priest turned politician insisted that his quest of turning the state into a better place and liberating the people from poverty was the reason he left the pulpit.

“I have a good cause to step out from the podium (pulpit) to do what I am doing because our state is in a bad shape. We have a responsibility to bring betterment for our state.

“Benue is too rich to be poor, to do anything less will be not to appreciate what God has done for us. My government will be centred on seven pillars – the foremost is to secure lives and property,” he said.

Unveiling his manifesto, the APC candidate said that his security plan would involve a policy resettlement of Internally Displaced Persons, strengthen the implementation of the anti-open grazing law of the state as well as introduce the use of automated security systems among others to tackle the insecurity in the state.

Alia said that if given the mandate in the forthcoming election, his administration will focus on agriculture and rural development, commerce and industry, human capital and social development, infrastructure and environment, information and communication technology and political as well as economic governance.

The priest said that all public health centres in the state would be upgraded and equipped while pregnant women will have access to free anti-natal care in all general hospitals, adding that his administration will enforce free primary education.

He also promised to run an inclusive government in the process of developing the state to a level the founding fathers of the envisioned but which had been truncated due to bad governance.

“When you have wrong people in government, the result is wrong.  When you play by the principle of transparency, everything works.

“The green revolution will make us come alive as it was in 1983 when Benue was indeed known as the ‘food basket’. The present government in the state has perforated the food basket. Governor Nyesom Wike of Rivers State bears testimony to all states saying President Muhammadu Buhari provided everything a state needs, so why is Benue different?” Alia said.