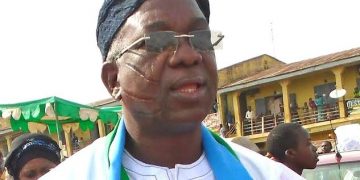 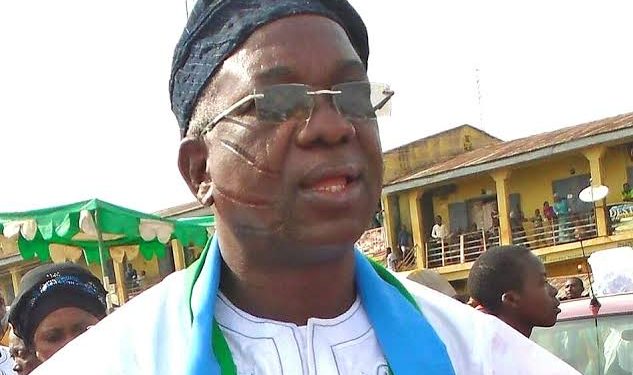 The Oyo state Deputy Governorship candidate of the Peoples Democratic Party (PDP) in the 2019 election, Raufu Aderemi Olaniyan, has revealed why he decided to drop his governorship ambition to become a running mate.

Olaniyan is currently the running mate of the PDP governorship candidate, Seyi Makinde. He was one of the 13 governorship aspirants that started the race on the platform of the Action Democratic Congress (ADC).

In a chat with online journalists in Ibadan on Tuesday, Olaniyan gave details of his swift defection from the ADC to PDP and how he clinched the deputy governorship ticket of his new party.

“I joined Makinde because I am convinced that if I partner with him, we can take Oyo state higher,” he said. “

He explained that the desperation of some leaders in the ADC to impose a candidate instead of organising primaries for the best and most popular candidate to emerge, drove him out of the party.

He said “the so-called establishment, the so called gatekeepers in the party had ideas not in line with mine. It’s understandable but no one should say that at my age, I shouldn’t be carried along with things.

According to Olaniyan, the manner the affairs of the ADC were handled led to the present logjam the party currently finds itself with a barage of court cases against the process that produced Senator Olufemi Lanlehin as the party’s flagbearer..

“So, why should I be wasting my time. More so, as the election draws closer, you are seeing realignments. I joined the PDP in order to give the party a boost. A huge chunk of those in ADC and the governorship aspirants are now in the PDP. Look at the APC. It is governing the state with just 32 per cent of the votes. In a normal clime, 32 per cent is not enough, it should have led to a rerun.

Teaming up with Makinde

On why he had no problems dropping his ambition to be Makinde’s running mate, Olaniyan said: The governorship candidate is gentle and had been using his personal money to touch lives and giving scholarships. And he has no godfather. I’ve been doing similar things. So, if I see someone like that, except I want something else in governorship, I should join him. As long as it is the interest of the people.

“Some people would rather say, give me money to offset my past expenses. But I only asked for assurance that we’ll move the state forward.

He also recalled that Makinde, while unveiling him as his running mate, disclosed that he (Olaniyan) gave a good fight for the governorship position and had great plans for the people of the state. Olaniyan also disclosed that he and Makinde had harmonised their programmes to give Oyo a better deal. He stressed that the people of the state will see a team that thinks outside the box in order to do things differently.

Olaniyan’s move from ADC was quite swift, and his emergence as Makinde’s running mate took many by surprise, with fears that there may be crisis and disaffection from interested candidates he met in the party.

But he expressed confidence that there is no conflict, saying his emergence was greatly influenced by the need to choose someone from Oke Ogun zone which had alleged maginalisation and had long been clamouring for the governorship of the state.

His words: “They want a deputy governor from Oke Ogun. I emerged because the party realised that they want someone who can deliver votes. They said, ‘here is Olaniyan from Oke Ogun who wants to be governor under ADC. He has supporters in Ibadan, in Ibarapa, in Oyo, in Oke Ogun, in Ogbomoso’. Compare that to picking someone who is not a governorship candidate who may only have his supporters within the enclave. So, are you are not lucky to get somebody who was ready to sacrifice his governorship ambition?

When Olaniyan retired from the civil service as a Permanent Secretary, he delved into politics by joining the Accord Party. He later moved to the All Progressives Congress (APC) where he made his governorship ambition known. After finding the APC unfavourable to his bid, he joined the ADC this year and emerged one of the top contenders for the party’s governorship ticket. However, the party plunged into crisis as a result of Lanlehin’s imposition, sending Olaniyan to the PDP.

If Makinde, by God’s grace, wins the election under PDP, you ll see that there’ll be a difference from other PDP governors like Ladoja and Akala. It is the person that matters now, not the party”

The former boss of the Oyo State Road Maintenance Agency (OYSTROMA) disagrees with those who criticise his political voyage saying: “My surname is Olaniyan, not APC or ADC. What do the names even mean. It’s all nomenclature. In 1998, late Chief Bola Ige wrote the manifesto of the PDP. Months later, he wrote for that of APP. Five days to closing date, he wrote the manifesto of AD. What does that tell you?

“Besides, the performance of the party depends on who is at the helm of affairs not the party. They are all the same. If Makinde, by God’s grace, wins the election under PDP, you ll see that there’ll be a difference from other PDP governors like Ladoja and Akala. It is the person that matters now, not the party”

On the chances of the PDP in the forthcoming election, Olaniyan said: “PDP will win landslide. Do you think Oyo people want hunger and suffering to continue? Don’t listen to the small clique who talk after giving them T-shirts. They’ll say the truth later. How can you close down a university for about 8 years and say that government will come back to power. Continuity of what? To continue hunger? PDP will win by landslide. People are wiser.

“We are going to think outside the box. As Engineers, we deal with facts and figures. We’ll use the season’s facts and figure to predict the future. The pacesetter state is now number 26 in WAEC. You don’t need an atomic bomb to destroy a society. Just destroy the education system and the society will collapse

On health care, we’ll ensure every ward has a health centre. We’ll start from the grassroots.

We will not neglect women who make up over 60 per cent of the voting population. It would be a disservice to neglect those who voted to bring you in. Our cabnet will have more spaces for women and youth.”

Reminded that APC is favoured by the incumbency factor with Governor Abiola Ajimobi already referring to the APC governorship candidate, Adebayo Adelabu, as his successor, Olaniyan said: “Look, for me to have dropped my own ambition, Kola Balogun and others have dropped their ambition to support PDP, APC can’t win. Why will APC win? Ajimobi was saying Oke Ogun people supported him to win. What did he give them in return. All their farm produce waste because of bad roads. I planted. Some farmers just sell off to meet health challenges where healthcare is so costly. They just started Moniya-Iseyin road after eight years.