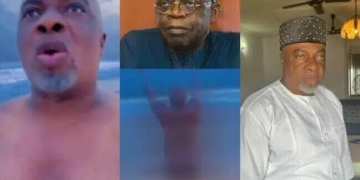 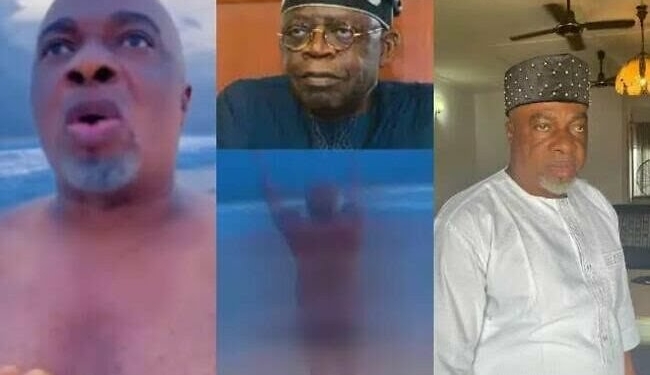 Veteran Nollywood actor, Ebun Oloyede, aka Olaiya Igwe, has broken his silence regarding his viral naked video which has elicited controversy, especially in the Nigerian social media space.

In a video that trended on social media over the weekend, Olaiya was spotted naked and praying for the presidential candidate of the All Progressive Congress(APC), Bola Tinubu, to win the 2023 election.

The filmmaker’s action had stirred a lot of controversy as many Nigerians condemned the act, stating that his action was uncalled for, shameful, and inappropriate.

Amid the criticism, the actor appeared on the popular TVC programme, ‘Your View‘, on Monday, where he spoke about this action.

According to Olaiya, the reason behind his action was a spiritual calling, adding that it was a voice which had told him to pray for Tinubu at the beach.

“I was asked to stand up and do it spiritually. I have a gift of revelation from Almighty God. At times, I see what God planned for me ahead before it happens. I was sleeping that day and the voice came to me and said, please stand up, you said you love Asiwaju and he has been assisting you. I said yes. Stand up, go and do this for him,” he said.

The thespian added that he owes no one an apology.

“It was an intentional action because I listened to the voice that asked me to do so and I have no regret. I can do anything to support Asiwaju as long as I believe this thing has nothing to do with any other person, I can do it to any length,” he said.

Olaiya further debunked several claims of him being paid to do what he did, saying: “I deliberately recorded that event for people to see. It is not because of money.”

Olaiya Igwe is one of several Nollywood actors who have publicly declare their support for Tinubu.