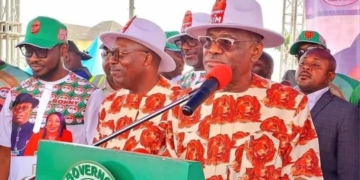 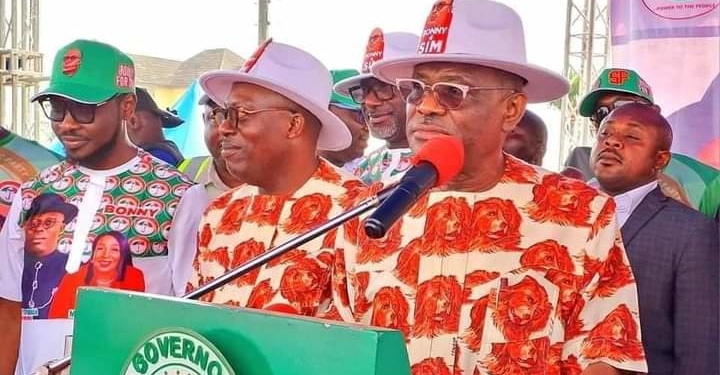 Rivers State Governor, Nyesom Wike, has said the ongoing campaign for Peoples Democratic Party (PDP) candidates in the state does not include the party’s presidential candidate, Atiku Abubakar.

Wike stated this in Bonny Town during the local government campaign flag-off rally organised by the Rivers State PDP campaign council, on Tuesday.

The governor said the reason he is not campaigning for the party’s presidential candidate was due to the fact that he was not asked to campaign for anyone.

“I can’t force myself to campaign for you when you have not asked for it. These ones (candidates) have told me, so, I’ve come here to campaign.

Wike assured residents of the state that no intimidation can cause the political path that has been so chosen to change.

“Any person who says Rivers State is not important, we will pepper him. Anybody who says he doesn’t regard Rivers State, we would not regard such person.

“No state can point at us to determine what will happen here. Nobody can do such. So, be bold to say, I’m from Rivers State, I live in Rivers, and I am happy with Rivers. What is important is our state which we have collected,” he said.

Wike’s comment comes amid the ongoing crisis in the PDP over calls by a group of five governors, known as the G5, for Sen Iyorchia Ayu to step down as national chairman of the party.

The governors–Wike, Seyi Makinde (Oyo), Samuel Ortom(Benue), Okezie Ikpeazu (Abia) and Ifeanyi Ugwuanyi (Enugu)–have insisted that the party’s national chairman and presidential candidate cannot be from the same region and have excluded themselves from the PDP presidential campaign.