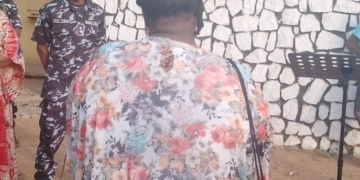 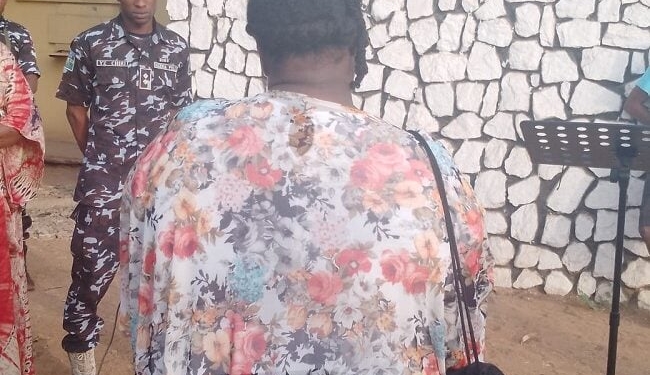 The Kwara State Police Command has disclosed that it arrested one Awoleye Oluwatofunmi, a suspected internet fraudster, for luring an American citizen, Vonapolouis Moss, to Nigeria.

This was contained in statement issued by the command’s spokesperson, Ajayi Okasanmi, on Saturday.

Okasanmi also said Awoleye defrauded the American citizen of $1,000, adding that the suspected internet fraudster was paraded on Friday at the command headquarters in Ilorin, the state capital.

He said the suspect, via video sharing app, TikTok, presented himself to Moss as an American named Howard Adam and extorted about $1,000 from the victim.

Okasanmi said the suspect lured the victim to Nigeria and she arrived the Murtala Muhammed International Airport in Lagos, on January 9, 2023.

The police spokesperson said the victim subsequently flew to Kwara and was received by the suspect.

“On January 12, 2023, at about 1200 hrs, based on actionable intelligence, operatives of the SCID at the Kwara State Lolice Command arrested one Awoleye Joshua Oluwatofunmi, “m” of   Sabo Oke Road, Ilorin, within the premises of an hotel along Flower Garden Road, Ilorin, in company with one Vonapolouis Moss, “f,” an American citizen.

“A preliminary investigation revealed that the suspect, who is an Internet fraudster known as Yahoo boy, presented himself to the victim on TikTok, a social media platform, as an American by the name of Howard Adams and ripped her off for about 1000 USD.

“The suspect later took a step further by luring the victim to fly into Nigeria on January 9, 2023, through the Muritala Mohammed International Airport in Lagos, after which she flew into Ilorin the next day and was received by the suspect.

“The suspect also deceitfully took an unspecified amount of USD from the victim before she was rescued by police operatives. The necessary authorities have been contacted for appropriate action.

“Meanwhile, the rescued victim has been moved into secure custody by the State Police Command pending her return trip to the USA,” the statement read.