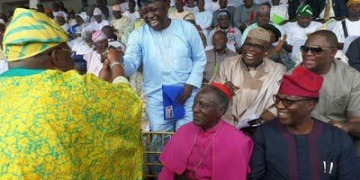 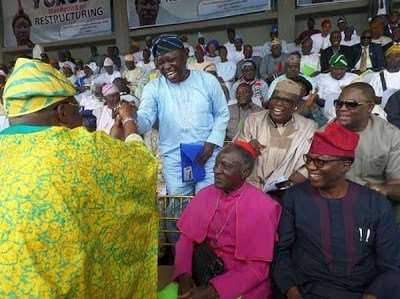 Prominent Yoruba leaders and members of socio-cultural and political groups in Southwest geo-political zone came together on Thursday to make a historic declaration for restructuring of Nigeria.

The occasion was a Yoruba Summit themed: “Yoruba Standpoint on Restructuring” held at the Lekan Salami Stadium, Adamasingba, Ibadan, the Oyo state capital.

Groups such as the Afenifere, Afenifere Renewal Group (ARG), Yoruba Council of Elders (YCE), the Atayese, factions of Odu’a People’s Congress (OPC), governors, traditional rulers, leaders of thought and religious leaders across Yoruba land were at the summit. Southeast and Southsouth people in support of restructuring also attended. 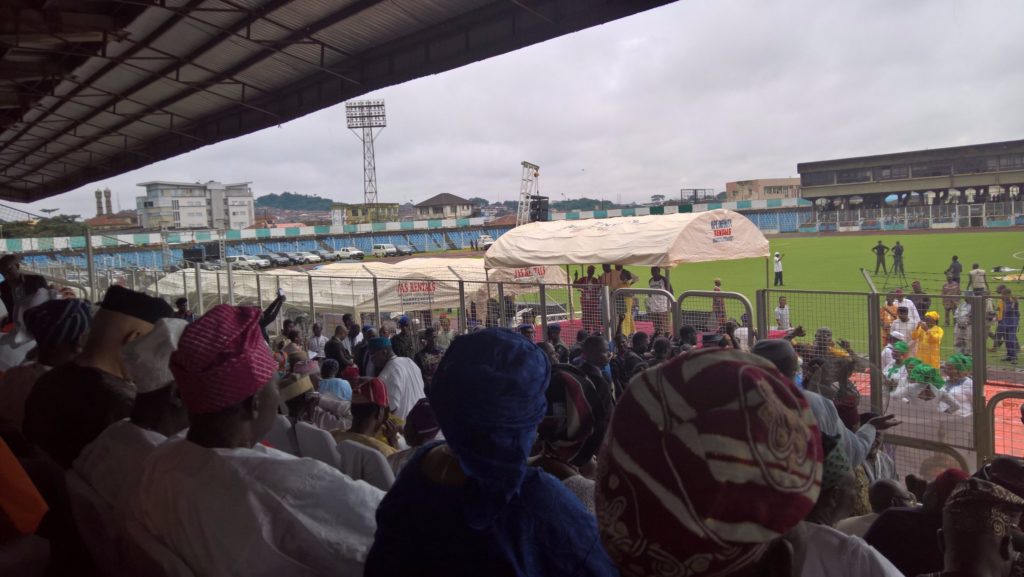 Chaired by the legal luminary, Aare Afe Babalola (SAN), the summit, in its 16-point communique, called for a return of the 1960 and 1963 constitutions with some modifications to reflect current realities.

The summit clearly stated that restructuring simply means running Nigeria as a proper federation. The participants insisted that federating units must be allowed to own and develop their resources while they contribute to the centre for provision of central services such as immigration, foreign affairs, currency and the military.

The communique, which is otherwise termed the ‘Ibadan Declaration,’ read in part:

“That Yoruba insists that Nigeria must return to a proper federation as obtained in the 1960 and 1963 constitutions. This has been our position since 1950 Ibadan conference and developments in Nigeria over the last fifty years reinforce our conviction.
“That Yoruba are clear that restructuring does not mean different things to different people other than that a multi-ethnic country like Nigeria can only know real peace and development if it is run ONLY along federal lines.
“That the greatest imperatives of restructuring Nigeria is to move from a rent-seeking and money sharing anti-development economy to productivity by ensuring that the federating units are free to own and develop their resources. They should pay agreed sums to the federation purse to implement central services.
“That the federating units- whether states, zones or regions must themselves be governed by written constitution to curb impurity at all levels.
“Nigeria shall be a federation comprised of six regions and the federal capital Territory, Abuja.
“The Federal Government shall make laws and only have powers in relation to items specified on the legislative list contained in the constitution of the Federation.
“The regions shall in turn be composed as states.
8. each region shall have its own constitution containing enumerated exclusive and
concurrent legislative lists regarding matters upon which the regions and the states may act or legislate.
“That contiguous territories, ethnic nationalities or settlement shall be at liberty through a plebiscite, to elect to be part of any contiguous region other than the region in which the current geo-political zone or state boundaries places them.

“States as presently comprised in the geo-political zones into which they fall, which shall become regions, shall continue to exercise the executive, legislative and judicial functions currently exercised at that level of government.

“The States with a region shall determine the items on the legislative lists in the Regional constitution for the purpose of good government and the administration and provision of common inter-state social, economic and infrastructural requirements. Residual powers shall be vested in the states.

“The power to create states shall be within the exclusive powers of the region which shall be obliged to create a state provided a plebiscite is conducted, following a request by an agreed percentage of the residents of the ethnic nationality within a state. The procedure for conducting a plebiscite and the percentage of any ethnic nationality shall be out in the regional constitution.
“The power to create local governments and assign functions to them shall be vested in the states.

“States shall be entitled to manage all resources found within their boundaries and the revenue accruing therefrom. The issue of the entitlement of littoral states to offshore resources and the extension of such rights from the continental shelf and rights accruing to the federal government shall be determined by the national assembly.

“For a period of 10 years from the commencement of the operation of the new constitution (or such other agreed period to be enshrined in the federal constitution) there shall be a special fund for the development of all minerals in the country. The Government of the federation shall raise this sum by way of additional taxation on resources at a rate to be agreed by the National Assembly. The National Assembly shall set up a body to manage the funds with equal representation of nominees from each of the Regional governments and shall also set out and out and specify the guidelines for the administration of the funds exclusively for this purpose. The president of the Federation shall appoint a chairperson for the entity so formed.

“That these agreed positions of the Yoruba taken today shall form the basis of negotiations with our partners in the Nigerian project for a united nigeria based on justice, peace and fair play.” 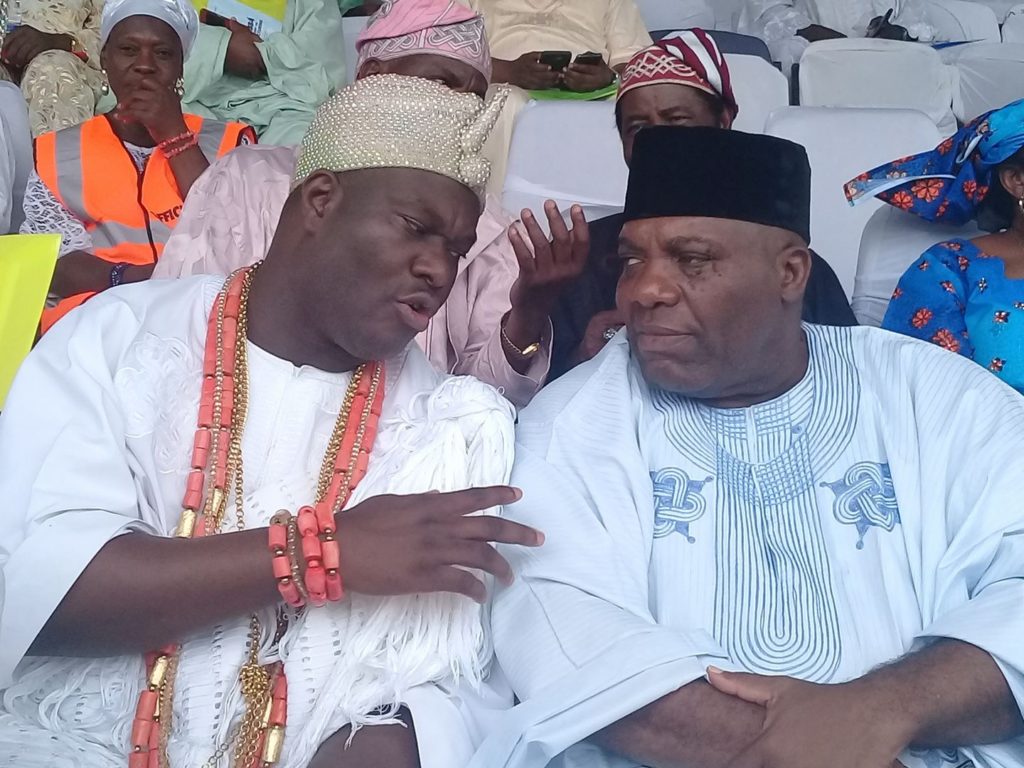 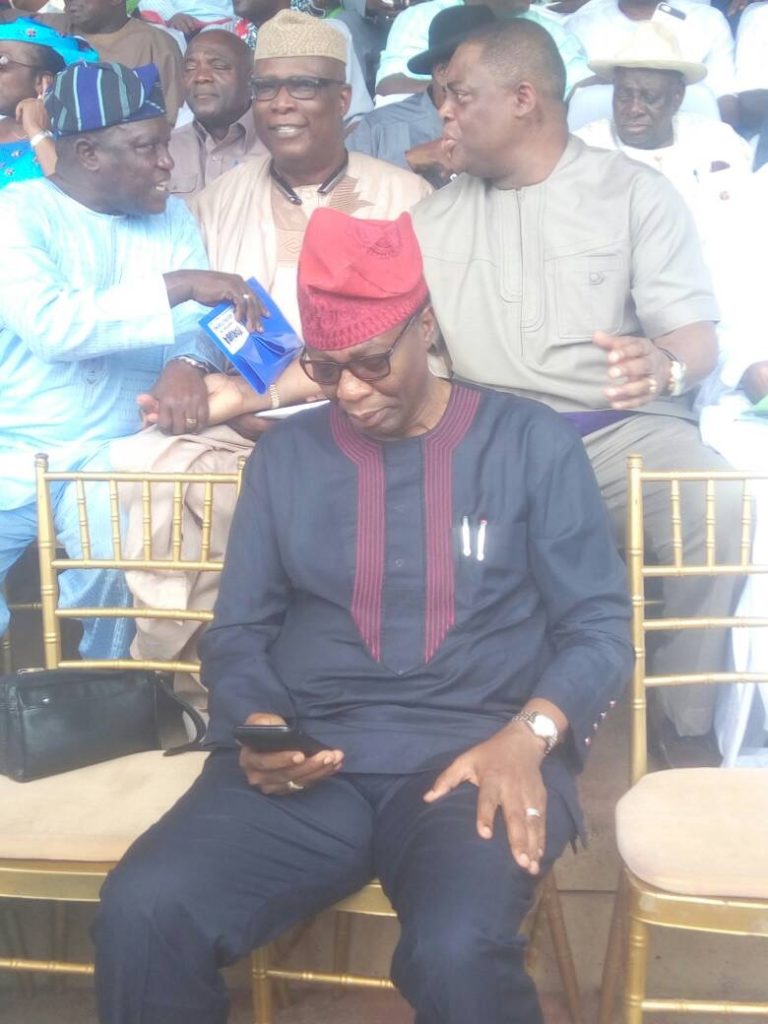