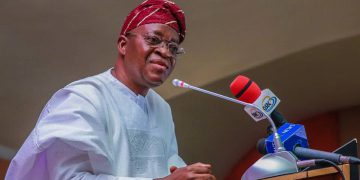 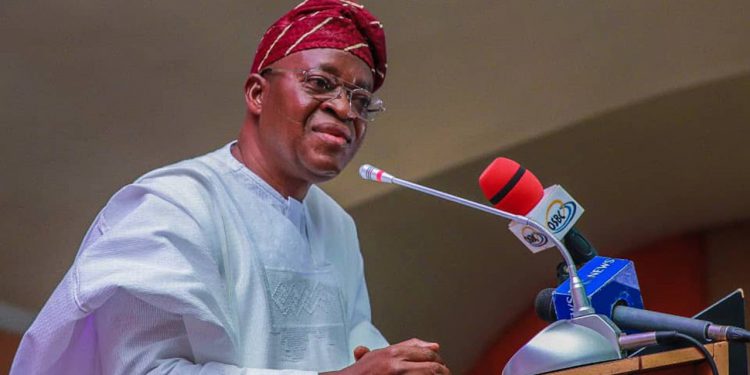 Osun State Governor, Adegboyega Oyetola, has directed the All Progressives Congress(APC) Caretaker Chairman in the state, Prince Gboyega Famodun, to discontinue the court case against some chieftains of the party who allegedly invaded the secretariat with armed thugs a fortnight ago.

This directive was contained in a statement by his Chief Press Secretary, Ismail Omipidan, on Tuesday.

“The governor, who was away when the incident occurred had, in the wake of the crisis, directed security operatives to take charge of the party secretariat to prevent any further breakdown of law and order.

”He however also condemned what he termed the ‘unruly behaviour’ exhibited by some aggrieved members of the party at the APC Secretariat in Osogbo. He said no sane society would condone any act of lawlessness,” the statement said.

According to the statement, upon his return to the state on Monday, Oyetola summoned an emergency meeting of the party’s stakeholders and insisted that as members of the same family, whatever differences that existed could be resolved without necessarily resorting to litigation.

“To this end, he has directed the party chairman in the state to withdraw the complaints and take necessary measures to discontinue the matter,” it said.

Oyetola, who sympathised with individuals who sustained injuries during the attack, condemned the invasion and appealed to party members not to resort to self-help whenever there are disagreements among them.

“The invasion of the party secretariat by armed thugs stands condemned as no sane society will condone the resort to self-help in settling disagreements within a family.

“But as the governor, I have directed our party chairman to discontinue the matter in the interest of peace and harmony within the party,” the statement added.