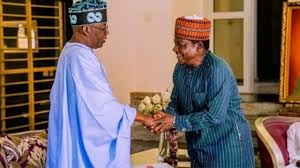 He also flagged off the national and zonal directorates of the Tinubu/Shettima presidential campaign for artisans and technicians in Abuja, over the weekend.

“A lot of Nigerians belong to this class of artisans and technicians and we are getting a sizeable number of them to drive the Tinubu/Shettima campaign to victory in 2023. We already have structures in over 30 states. So we are interfacing with them,” he said.

Speaking with newsmen, the National Director, Artisans and Technicians of the PCC, Adeshina Akinyemi, said: “We are here to show our strength and deep-rooted commitment to the campaign and to assure that we can deliver at any time in the political process in Nigeria. We have mobilised 100,000 artisans and technicians across Nigeria for this event.”

Similarly, the Co-Director and North West Zonal Director of Artisans and Technicians of the PCC, Hon Sanusi Garba Rikiji, said the sector would play key roles to improve the nation’s Gross Domestic Product (GDP) under the Tinubu-led government.

“Our presidential candidate, in his zeal to grow the economy, he realised that the starting point of developing the economy, improving productivity and production in this country, increasing our GDP starts from artisans and technicians,” he said.