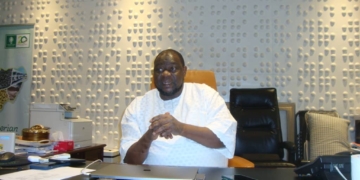 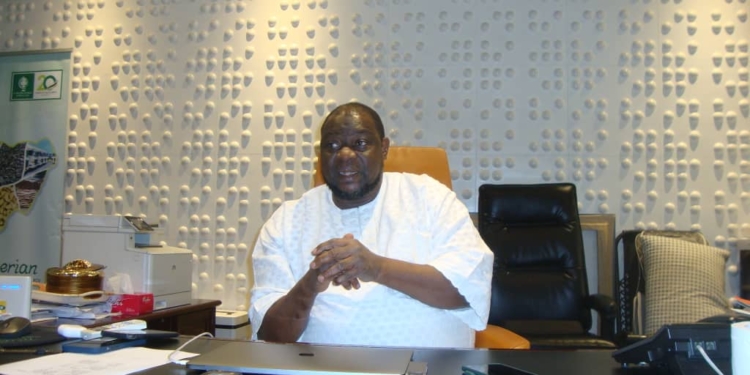 Alhaji Muritadha Adeyemi Adeniji is a leading player in cocoa and cashew business in Nigeria. Therefore, his insight into the challenges and prospects of agro-industrial sector cannot be faulted. His company, Starlink Global & Ideal Limited, provides wide spectrum of marketing and financial services towards procurement and export of Agricultural Produce and Commodities to both local and International markets. SGI agricultural produce also include raw cocoa beans, raw cashew nuts, shea nuts and natural sesame seeds. SGI today has grown tremendously and are well represented in all cocoa producing zones of Nigeria.

In this interview with online news editors, he bares his minds, among other issues, on the status of cocoa production in Nigeria, even as he expressed his fear on the future of the crop. Excepts

Sir, Nigerians are concerned about the dwindling production of cocoa in Nigeria, considering the fact that the crop used to be a major contributor to economic development of the country most especially in the western region in the 60s, 70s. Do you share their fear?

The total need of Cocoa in the world is four million tonnes in a year. Seventy five per cent of the production is done by Ivory Coast and Ghana, that is why they went into collaboration to ask for Liquid Income Preferential from the chocolate makers. I am the first Nigerian and African to be a member of Federation of Cocoa and Commerce (FCC), which is responsible for regulating Cocoa economy in the world. This gives me insight to the problems and solutions to Cocoa production.

When we talk about Nigeria, it’s not only about Cocoa but the quality of leadership has been the problem. When we have leaders that only think about four or eight years in office and do not have the long term plan. This is criminal and injustice to the people they are leading. We must have a country that is well structured, that has immediate, short and long term plans. Developed countries of the world have all these plans with strong institutions that Nigeria is lacking.

Unfortunately, corruption has killed almost everything in Nigeria. I don’t like politics and I won’t be one of them. Take a look at the time of late Chief Obafemi Awolowo who was an Ijebu man, what was Cocoa production like in Ijebu then? He institutionalised Cocoa production across the South West. He had a big Cocoa farm, not for himself but the country, in the present day Edo State. Things really need to change. The law of diminishing return is taking effect on the Cocoa trees as some are now 100 years while some are 75 years. If they are cut down how many years would it take for us to have the new ones? What incentives are being giving to the youths as motivation to engage in farming?

What have they been doing in Ivory Coast that Nigeria government has not been doing? In Ivory Coast, the government allocates 2.5 hectares of land to the youth to engage in farm production. Nigeria government needs to create a medium for large farm site and put necessary social infrastructures to make life bearable for the people. West Africa produces almost 75% of Cocoa in the world, all other countries cannot. We are blessed in this part of the world. For instance, in Indonesia, natural disasters destroy their farms. It is better for the government to start to have long term plans. This is one of the reasons we are faced with the challenge of insecurity such as banditry, kidnapping and others. We need to face the reality of how to navigate the perennial problems. Unemployment is directly proportional to poverty, banditry, kidnapping and terrorism.

So, how can we get it right?

For Nigeria to get it right in Cocoa production, the government needs to remove what is known as Land Use Act. The people should be allowed to have access to land. This is one of the major problems of agriculture in Nigeria. Physical planning is very key. We are very lucky, Nigeria has the largest arable land in the whole of Africa. You can see the incursion of foreigners in the country, Chinese, Indians and others are buying lands in large quantities and they are collecting documents from the government, we need to be careful about that. We are talking about colonisation, what is going to happen would be worse than colonisation. We should learn from the apartheid in South Africa and Palestine, because the major cause of what is happening in Palestine, Zambia and Zimbabwe is land. This is also evidential in Kaduna and Jos.

No government agency or parastatal in Nigeria is working, corruption has destroyed all of them. We are not investing in technologies that will improve our agricultural system. We need huge investment in technologies in our institutes in order for us to have alternatives. The kind our fertilizers we use in our farms are the ones killing our soil.

I want to call on the government to have a well structured system, long term plans and be proactive to the needs of the citizens, especially the youths. We don’t have accurate data in Nigeria, we only have estimate.

The Nigerian government has been talking about diversification of the economy, especially into agro-industrial sector, in your own opinion do you think they are walking the talk?

As a stakeholder, I have constructively criticised the government to challenge them on the necessary things to be done. Nigeria is retrogressing on a fast pace, something needs to be done. Chocolate factory needs 24 hours electricity, are we having this in Nigeria? A factory cannot be successfully run in an unpredictable place like Nigeria. Look at the price of diesel that used to be N350 which is now N800. So many companies are folding up in Nigeria not because they are fraudulent, it is because they operate in a very harsh economic environment.

How did you get into this business?

I was a biochemistry lecturer in the University for 11 months. Religious discrimination and politics in the institution made me to leave lecturing job. There was a terrible gang up as I was the only Muslim, I didn’t see myself developing quickly in such an environment. When I left, I secured another job in Union Trust before the death of my Managing Director which made me to leave there after 11 months.

How long did it take you to build Starlink Global & Ideal Limited?

We started in 1999. Today, we are the largest exporter of Cocoa, Cashew and palm oil in Nigeria. In the last 10 years, the growth has been wonderful. We are now into processing, we have just bought the largest and multi-million processing plant in Nigeria.

At SGI, we have 452 direct workers and about 900 appendages. We see human being as the most important asset. We have warehouses in about 16 states. I motivate my staff for maximum production with sustainable empowerment. Most of them are now self-independent.