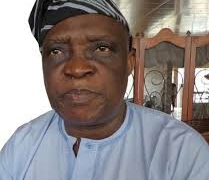 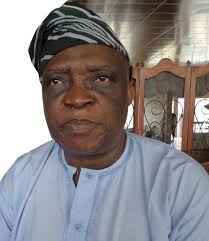 The 41st Association of Nigerian Authors (ANA) Convention wound up in Abuja at the weekend on a glitzy, celebrative note.
A dinner and awards night capped four days of intellectual brainstorming sessions as well as entrancing entertainment by performing artists.
But the glamorous spectacle probably belied the sense of apprehension and fear of possible security breach by terrorists, sparked by alerts and measures taken by America, the United Kingdom, Canada and other diplomatic missions in the country to protect their citizens against what they termed ‘imminent’ terrorists invasion of Nigeria’s capital city.
The development cropped up and was discussed in hushed tone in conversations among the participants consisting of literary icons, activists and scholars.
Fortunately, however, there was no incident, as the organizers had made good arrangements to secure the venue, the Major General Mamman Vatsa Writers’ Village, Mpape.
Newspeak Magazine Editor, Oyeyinka Fabowale, raised the issue among others with a former National President of the association, Prof Olu Obafemi.
Here’s what he has to say:

Australia warns citizens against travlling to Nigeria over flooding, others

Q: Prof, could you please explain precisely what you mean by “o to odun meta” at seeing Prof Femi Osofisan again, and your reply to my observation that, you possibly couldn’t mean you both saw each other last three years ago, considering that you are bossom friends and literary soul mates? If I may remind you, you’d said that: “Is it our fault that the roads are made unsafe and we can’t travel?”

A: Well, It is a Yoruba manner of greeting someone they haven’t seen in a longer or shorter while?
First, there was the Covid-19 pandemic, second, the insecurity of our roads and and so on. Between here and Ibadan, I use to make it twice a month. And he also. Also, the kidnapping issue has kept friends and relationships apart and made life appear hellish. Though we talk on phone, and as writers, the concern of writing on human society.
Once upon a time I would leave Lagos around 8pm heading for Ilorin by the road, have a beer at Oyo and get to Ilorin by midnight. Quite peaceful and serene life, unlike what insecurity has exposed all of us to now. It affects intellectual pursuit

Q: How would you assess government’s response to the situation?

A: Today, we just heard that Professor (Adigun) Agbaje was kidnapped on the Lagos-Ibadan expressway.So nobody is secured, nobody is safe.No assurance of security. When this president came in, he assured us for a very long time that he was going to address insecurity, each time charging the security agencies to do what is good to arrest the situation.Government has a commitment, it’s its constitutional responsibility to provide security.I know that so many measures were put in place, but judging by the ‘success’ of all this, the deduction is clearly that the war on crime is still on. I think there is still a lot of challenge for government in handling security.
Now, the Americans have put us on red alert. I believe that the time has come to ask for help. I am not undermining the efforts of the government in addressing the problem, but there are obvious observable ways to curb it. And because insecurity is not just something of the physical, but also economic.So, there is economic insecurity, social insecurity, even political insecurity. Liberal democratic measures can be used to solve the problems.
The economic situation is bad because of corruption.Corruption kills development, corruption deters progress and it deducts from what comes to or should come to the public. The common good has been destroyed because of corruption.

Q: What are your feelings, seeing the present level of development here at the ANA’S secretariat?

A: It’s dreams fulfilled.I feel we are about to have a space of our own where outsiders can also come in. I feel happy because as a past president, ownership and development of the property were knotty issues. When I was the president, it was my presidency that first decided we were going to lease the land
So that we can get developers to get the place developed. But for years, we were losing part of the land. In fact, we eventually lost the C of O. When I came in, it took my efforts and contacts with the government to get what we have now restored to us. In fact the director of lands who I approached quickly asked me to write a letter and in two weeks we had our land back.
One of the officials said: “don’t you need a land for yourself that youare pursuing acquiringone foran association?” I said: “please do this for me.

Q:Two professional associations like yours had invited the three frontline presidential candidates in 2023 -Bola Tinubu, Atiku Abubakar and Peter Obi, to their conventions like yours and the men honored the calls. But they didn’t turn up in ANA’S case. Aren’t you concerned their absence says say a lot about Nigeria political leadership perception of the importance and relevance of the arts?

A: Well, it’s difficult to say what is responsible for them not coming. Dont forget this people don’t always go because they believe in their games
We should convince them that We need to change our tactics. But again, are we sure we were able to reach them, I mean, get people who’d convince them that they needed to be here? We may need to review the tactics we used in contacting them to get results, for instance, did we contact someone in the right quarters, if we definitely want them? We have the right to invite them, we are very critical part of this nation, so, we may have to change our tactics.