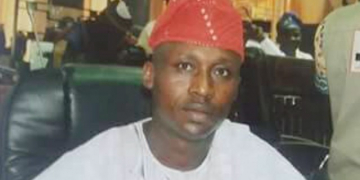 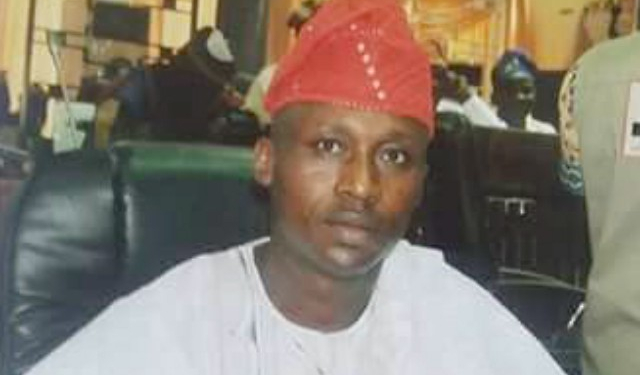 A principal suspect in the murder of Oyo House of Assembly member, Hon Gideon Aremu, has narrated how he and three others killed the lawmaker.

The suspect, Ayobami Adedeji, was paraded by the state Commissioner of Police, Mr. Leye Oyebade, on Monday.

Ayodeji, 23, said they are robbers and not hired assassins, ended insinuations that the killing was politically motivated. He said he initially did not understand why a colleague of theirs, Abbey, killed the lawmaker until he learnt that Abbey fired because he lived in the same neighbourhood with the lawmaker.

Ayodeji is an ex-convict who was freed in 2015.

“We left a popular drinking joint at Beere, where we smoked Indian Hemp to our satisfaction. We did not have the lawmaker in mind when we took off from Beere. It was when we were looking for who to rob that we saw him in his car.

“We stopped him as he was about entering his premises and robbed him of his phone and money. We had only one gun. Although I was the one that collected the items, I did not know how much money we took from him. I was given only N40,000.

“Then Abbey just pointed the gun at him and shot him many times. I didn’t know why he killed him. Later I discovered that Abbey lives at Adegbayi too. His mother has a house there. Abbey said he knew the lawmaker. It was Abbey that brought the deal to us.”

“We were going somewhere before we had a change of mind. I was there when Abbey shot him.”

Another suspect, identified as Alfa, who removed the SIM card and decoded the lawmaker’s phone, admitted that he collected the phone from them, but added that he did not know they were robbers, confessing he had earlier received a phone from them.

Alfa, who had earlier been arrested and charged for phone theft but freed by the court, said: “I live at Muslim area of Ibadan. When I saw the phone, I decoded it and sold it for N16,000.”

“The initial arrest of one Adeniran Oladapo with the victim’s phone, led to the arrest of other suspects among who is Ayobami Adedeji.

“He confessed that he belonged to the four-man robbery gang that actually robbed and killed the deceased in front of his house.

“According to the suspect, they did not know who their victim was. As robbers, their intention was to rob him of his property.

“He told us that the victim was killed because they thought he identified them due to a torchlight he shone on them.”