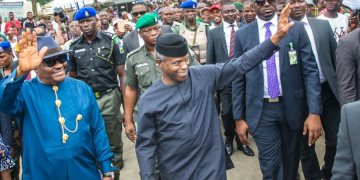 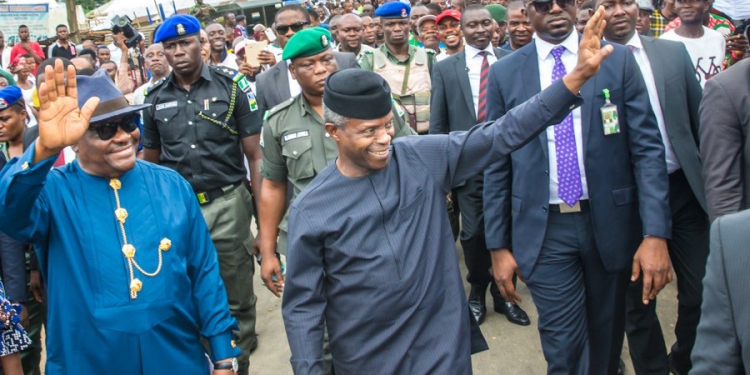 Rivers State Governor, Chief Nyesom Wike, and the state chapter of the All Progressives Congress have clashed over the visit of Acting President Yemi Osinbajo and the inauguration of projects during the latter’s visit.

Osinbajo had visited the state on Thursday and inaugurated a fertiliser plant built by Indorama Eleme Petrochemical Limited and two other projects by the state government.

Wike had accused the Rivers APC of preventing Osinbajo from inaugurating the remaining projects executed by his administration.

The state governor had argued that Osinbajo’s visit was based on the invitation of the state government and wondered why the APC leadership would discourage the Acting President from inaugurating other projects in the state.

He said, “They didn’t want the Acting President to come and see what we are doing. Anyhow, Nigerians have seen what we have done. Some people were in office for eight years, yet couldn’t do anything for the people.

“The little we have done for our people, we asked them to come and take a look. They prevented the Acting President from coming because they felt his coming to inaugurate the projects would make the party (PDP) popular.”

But the state’s APC Publicity Secretary, Mr. Chris Finebone, said contrary to the governor’s claim, the Acting President was pressed for time and managed to inaugurate only two road projects.

Finebone said, “The governor should understand that no president in Nigeria goes about inaugurating local government projects such as market and motor parks. The Acting President, pressed for time, managed to inaugurate the only two road projects that appeared to him to be significant.

“Ordinarily, we believe that Governor Wike should have shown appreciation that the Acting President squeezed in time for the inauguration of those two projects and not accuse him and APC of playing politics.”