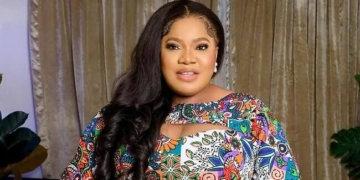 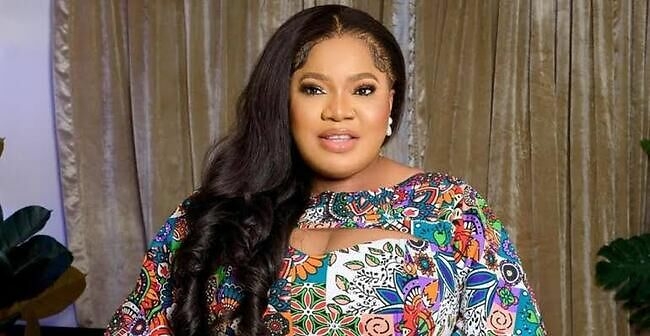 Popular Nollywood actress and producer, Toyin Abraham-Ajeyemi opened up on how she lost a recent pregnancy and how she mourned the incident.

The mother of two (a son and step daughter) shared her pregnancy loss experience, while featuring on Rubbin’ Minds hosted by Ebuka Obi-Uchendu, on Channels Television, on Sunday, .

According to the actress, she believes her pregnancy will stay when the time is right, adding that she is willing to have more kids.

“When the time is right, the pregnancy will stay. I was actually pregnant but I lost it recently,” she said.

Speaking on how she handled the pregnancy loss, the actress said it was painful to say the least, as she cried her eyes out after the incident.

She added that being a celebrity comes with a price as she battled many things that people have no clue about.

Abraham-Ajewole also talked about how she was body-shamed by people who never knew what she was going through at the time.

“Most of the time, they don’t even know what we are going through. Then, when I just had such a thing, I cried because I just wanted to have one more or two kids, and then I’m done. Things happened and I’m so bloated. And everybody was just like ‘you are too fat, look at your husband, he is young. Look at you, you are fat’, but they don’t understand,” she said

“I’m used to it. As an actress, you have to or else, you will jump into depression. So once I see it and I’m not okay with your comments and you keep going, I will just block the person ’cause I don’t have time for negativity,” she added

Speaking about her husband, Kolawole Ajeyemi, who is also an actor, the actress described him as the best thing that ever happened to her, adding that he is very calm and prayerful.