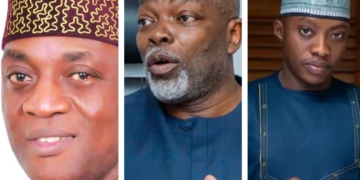 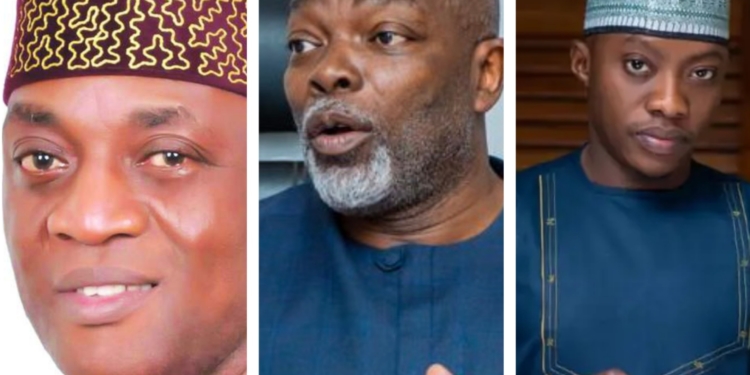 For the first time in recent history, the three top candidates in the race for Oyo Central Senatorial seat, which is the toughest to win, are brothers from Oyo town. Assistant Editor, AKINWANDE SOJI-OJO compares the kinsmen, their pedigree and political strength in a race that is already becoming unnecessarily bitter.

Among the three senatorial districts in Oyo State, Oyo Central is the most difficult to win due to its complex delineation. The district spans across three major towns of Ibadan, Oyo and Ogbomoso. With 11 local governments making the district, Ibadan is home to five, Oyo has four while the remaining two local governments are in Ogbomoso land.

This structure makes ethnicity an impossible card to play in the election. Any candidate willing to win must have a popular appeal across the three big cities.

Interestingly, the incumbent senator, Teslim Folarin, is representing the district for the third time. An Ibadan indigene who initially rode on the strength of the late Ibadan politician Chief Lamidi Adedibu, he first occupied the seat at the age 39 years in 2003 when he won on the platform of the Peoples Democratic Party (PDP).

He was re-elected in 2007 during which tenure he rose to become Senate Leader. He contested as governor in 2015 but failed. Then he defected to the All Progressives Congress (APC) in 2018 and won election for the same seat in 2019. He is currently the APC governorship candidate in Oyo State.

Three brothers from Oyo successfully picked the tickets of the top three political parties this time, making the race even tougher for them. They are Yunus Akintunde (APC), Bisi Ilaka (Peoples Democratic Party, PDP) and Faozey Nurudeen (Accord).

APC’s Yunus Akintunde
Having won election thrice in the tough electoral terrain, Folarin is throwing his full weight behind the APC candidate in the district, Dr Yunus Akintunde.

Akintunde, an astute grassroots politician, is a former commissioner in the state. He was also a governorship aspirant in 2019.

The business man who also holds PhD from the University of Ibadan, fought tooth and nail to pick his party’s ticket.

A philanthropist, Akintunde has facilitated several projects to different institutions and communities in the constituency. He has been traversing the length and breadth of the district to consolidate his philanthropic gestures, assuring the electorate that their votes for him will give him a stronger platform to facilitate more projects that will enhance standard of living while making better laws.

Aside community projects that have endeared him to voters, Akintunde hopes to also benefit from the support of the incumbent who is believed to understand how to win in the difficult terrain.

When asked how he intends to win, he said: “My contributions in communities in the district as an ordinary citizen will speak for me. I have facilitated over 15 projects across communities in Oyo Central Senatorial District. I did those projects because of my passion for the people. There are blocks of classrooms, solar-powered street lights, bridges, ICT centres among others. They are in Oyo, Ibadan and Ogbomoso. If I can do that without having political power, people know that I will definitely do more if given the opportunity through the ballot. They know me, and I know them. We are familiar. I’m not a politician whose face is strange. And my party is solid in Oyo State and in Nigeria. So, by God’s grace, I’m expecting nothing but victory.”

PDP’s Bisi Ilaka
Chief Bisi Ilaka is a well known name in the district having contested three times from 2011. He contested on the platform of Accord in 2011 and 2015 before returning to contest on the platform of PDP in 2019. In his last two elections, he came second with a close margin to APC candidates that won the elections – Monsurat Sunmonu (2015) and Teslim Folarin (2019).

An Oyo chief and a tax consultant, Ilaka was the first chief of staff to Governor Seyi Makinde. He enjoys full support of the governor, which made the primary a walk-over for him.

An entrenched political leader in Oyo, Ilaka hopes to poll enough votes this time to actualize his long term dream of representing the district in the Senate.

When asked what has changed from 2019 to give him the hope of winning this time, Ilaka explained that the major difference this time is the political platform.

His words: “You know, in 2015 and 2019, Accord was an opposition party. You will agree with me that it is always difficult to win as an opposition candidate. But this time, everything is in my favour. The PDP in governing the entire state; and Governor Seyi Makinde is exceeding the expectations of our people. It will be too difficult for anyone to rig election against us now. So, whether it is Ibadan or Oyo or Ogbomoso, the thousands of people that have always voted for me will see their dreams come through this time. And together, we shall change things for better in Oyo Central Senatorial District. I am more confident of winning than ever.”

Accord’s Faozey Nurudeen
An engineer and Information Technology (IT) consultant, Nurudeen is proving to be a disruptive new entrant. The 38-year old politician is making wave as a youth ambassador and a techpreneur.

He defected to Accord after failing to pick APC ticket which he lost to his ‘uncle,’ Dr Yunus Akintunde.

Determined and committed to his ambition, Nurudeen is leveraging his popularity among the youths and some community projects he has built to make an inroad into the heart of voters. He is carrying on with an impressive gusto that makes him a candidate that can not be easily wished away.

Nurudeen believes that his philanthropy, popularity among youths and his vision for a better Oyo Central Senatorial District will earn him a win in the February 25, 2023 election.

With a PDP candidate who has gathered enough experience in the race, and now having the advantage of power of incumbency; an APC candidate who will also enjoy the positive influence of the party’s presidential candidate Asiwaju Bola Tinubu because the election holds the same day; and Nurudeen proving to be a disruptive young candidate contesting on the platform of a party with rising profile, it is clear that the election in the district will give a lot of people sleepless nights.