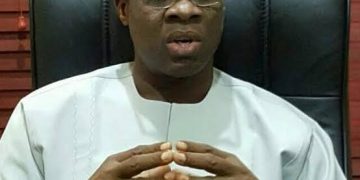 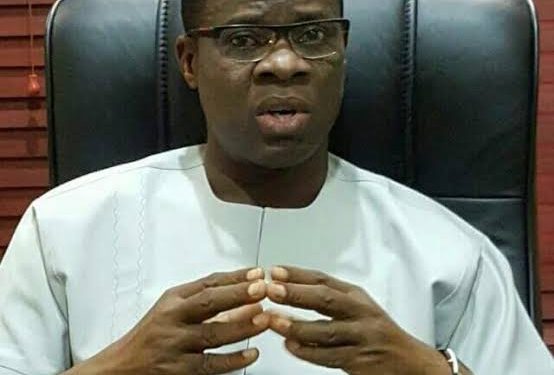 On Monday, chairman of the All Progressives Congress, Adams Oshiomhole demanded Igini’s sack during the APC Caucus meeting held in Abuja. Oshiomhole accused Igini of colluding with the Peoples Democratic Party (PDP) in the state.

The state APC chapter later wrote a letter to Yakubu, detailing its case against Igini. The letter titled “Grand Collusion of Mike Igini with Akwa Ibom PDP: Demand for his immediate removal” was signed by Hon. Ini Okopid, the state APC Chairman.

In the letter, the party listed the sins of Igini, and threatened to “embark on mass civil disobedience and eventually boycott the elections if Mike Igini is not immediately removed…”

We write to notify you of the nefarious and dubious activities of the Akwa Ibom State Resident Electoral Commissioner (REC), Mr. Mike Igini which leave much to be desired especially as it relates to the conduct of the forthcoming elections, which constitutes a grave threat to the healthy growth of our nascent democracy.

It is sad that the REC, saddled with the constitutional responsibility of conducting elections – the most crucial aspect of democracy, has been found compromising and lagging in the discharge of his duties.

The continued retention of the REC who has not only shown partisanship, but has also compromised the electoral process in favour of Governor Udom Emmannuel, will be a disaster to democracy. He has been found to be an ever ready rigging tool for the Peoples Democratic Party in Akwa Ibom State.

This is evidence with the mass and highly choreographed irregularities including the brazen shortlisting of only PDP apologists as ad-hoc staff in connivance with Government House, widespread cases of vote-buying by top Akwa Ibom State Government officials like Secretary to the State Government, Dr. Emmanuel Ekweum who was caught on camera handing-over card readers and uncollected PVCs to Governor Udom Emmanuel and PDP members in exchange for a bribe of Twenty Thousand Naira (N20,000) for each PVC.

The troubling revelations on how a three-pronged rigging plot involving REC, top Government officials in the State indicates that plans to undermine the elections went deeper than what the party raised in its previous letters. Reliably, we are privy to a security report that details how Governor Udom Emmanuel imported over 400,000 mercenaries to use uncollected PVCs handed over to him by Mr. Mike Igini in consideration for a large sum of money to vote for PDP.

Additionally, intimidation of uncompromising INEC staff with threat of termination of appointment and summarily dismissal if they do not cooperate with him to support the course of PDP. Many Senior Staff of INEC in the State have either been suspended, demoted or made redundant for suspicion of being sympathetic to the course of other Political Parties in the State, particularly APC.

Mike Igini unilaterally without any cogent reason relocated Ward Collation Centers which have existed since 1960 to top Government officials and PDP Chieftains strong hold in a bid to do the bidding of Governor Udom Emmanuel in order to sway votes in favour of PDP candidates in the forthcoming elections.

In addition, Mike Igini was caught on camera lobbying NYSC Corps Members during one of the INEC’s organized training session for Presiding Officers (PO’s) and Assistant Training Officer (APO’s) to serve only the interest of PDP in the State.

Apart from meeting with agents of Akwa Ibom State Government regular, Mike Igini has held clandestine meetings with Governor Udom Emmanuel in company of his INEC Consultant, Mr. Aniedi Ikoiwak, retired INEC REC at his residence to collaborate in all the plots to sway the election in favour of PDP.

It is with grave concern that we state the immediate and future danger of the bias and partisan posturing of Mr. Mike Igini which is now assuming a lethal dimension if not checked. All these incidents add credence to our argument all along that Mr. Mike Igini cannot conduct a free and fair elections in Akwa Ibom State and in view of these, we hereby state in an unambiguous terms that we have lost trust and confidence in the ability of Mike Igini to conduct a free and fair elections as he is completely compromised.

We are aware that no allegation against a public officer should be made lightly or for any purpose other than as envisaged by law, which is the reason we have been painstaking in ensuring that the statement and facts here presented are easily verifiable and accurate against the person of the REC such that no responsible political party or commission should allow the ignoble situation to persist.

While we await the response of the commission, we write to state that we would embark on mass civil disobedience and eventually boycott the elections if Mike Igini is not immediately removed as he works hand in gloves with the PDP to subvert the electoral process.

Please accept the assurances of our highest regards.