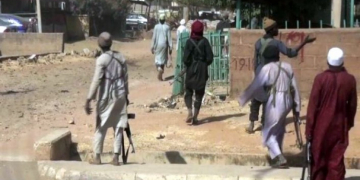 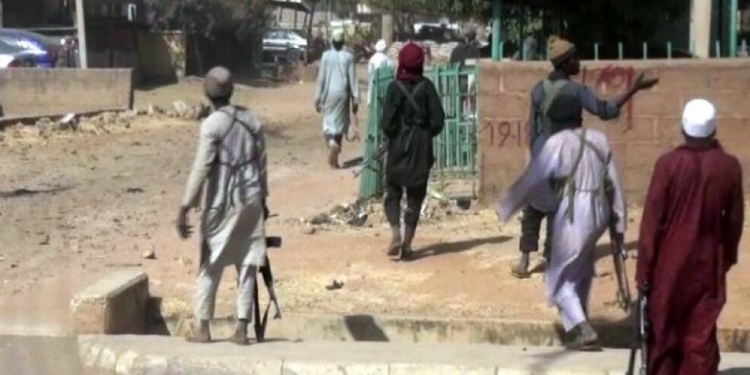 Reports have it that Boko Haram insurgents have ambushed and attacked a team of oil workers between Magumeri and Gubio on their way back to Maiduguri, threatening the oil exploration activitie in the Lake Chad Basin.

According to sources quoted by The Nation, out of the ten vehicles that conveyed the oil workers including security, only one ten seater bus returned to Maiduguri with five wounded people hospitalized at the State Specialist Hospital Maiduguri.

There is no official statement from the military command in Borno State and the State Police Command on the attack.

A credible military source was also quoted as saying that some students of the Geology Department of the University, members of the Civilian Joint Task Force and other security personnel were victims of the attack

The Military source regretted that a conspiracy by head of the securities in trying to shield the information from the public.

His words: “As at 9:00 today Wednesday, no rescue plan has been put in place as far as I am aware from either the Nigeria Airforce component from the Theatre.

“Between Wednesday and today, only ten of the victims can be confirmed to be alive. The five oil workers that escaped the attack Wednesday were hospitalized at the Borno State Specialist Hospital.

“Also this morning around 5:00 precisely five others who escaped also called and told us their location.

“The five victims at the state specialist told us that out of the ten vehicles conveying the team from magumeri, only their vehicle escaped the attack with bullets shots, flat tyres and smashed wind screen.

“They said the insurgents had chased them for more than ten kilometers adding that most of the vehicle and the persons involved did not make it out of Magumeri,” the source disclosed.