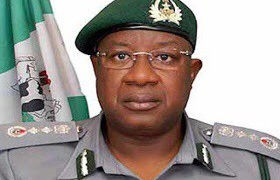 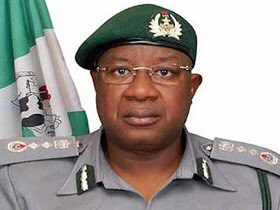 Immediate past Comptroller General of the Nigeria Customs Service, Abdullahi Inde Dikko, has been detained by the Economic and Financial Crimes Commission (EFCC) over an alleged N42 billion fraud committed while he was in office.

Dikko is also being investigated for N2.6 billion which he allegedly used to purchase a mansion at 1, Audu Ogbe Street, Jabi, Abuja.

The former customs boss had been under EFCC’s radar since January this year, turned himself in on Thursday June 16. He arrived the EFCC headquarters at about 10am and was interrogated for about eight hours.

An EFCC source said the amount allegedly diverted by Dikko accrued from the seven per cent cost of collection of Customs revenue and another one per cent Comprehensive Import Supervision Scheme, which generated billions of Naira in revenue.

The commission believes that Dikko lived above his means as a public servant and might have abused his office for personal gains while serving as Customs boss.

He may be charged to court for criminal conspiracy, theft, abuse of public office and diversion of public funds, among others.

The Truth and Myth about Ajimobi's Management of Public Schools in Oyo State, by 'Gbade Ojo