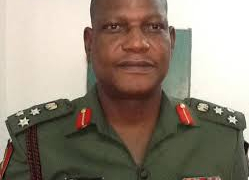 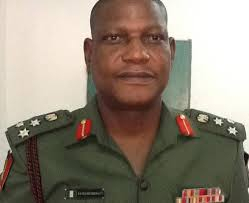 Femi Falana, lawyer to Brigadier-General Ransome-Kuti, who was convicted for losing weapons to Boko Haram terrorists in Baga in January, has written to the Chief of Army Staff, Tukur Buratai, to release his client to enable him prepare for the appeal of the judgment of a Special Court Martial.

Mr. Ransome-Kuti, son of late activist, Beko Ransome-Kuti, was arraigned before the Special Court Martial sitting in Mogadishu Barracks, Abuja, in May.

He was accused of cowardly behaviour, loss of weapons to Boko Haram, and negligent performance of military duty under section 62b of the Armed Forces Act.

The court martial, however, dismissed the charge bordering on cowardly behaviour, following a no-case submission by the defendant.

The court ruled the officer was right in withdrawing his troops in the face of superior firepower from Boko Haram terrorists.

He, was, however sentenced to six-month imprisonment for loss of equipment to the extremist sect and dismissed from the army for negligently performing his duties.

In the letter dated October 19, 2015, Mr. Falana, a Senior Advocate of Nigerian, appealed to Mr Buratai, a General, to release Mr. Ransome-Kuti: He anchored his request on the provision of Section 160 (1) of the of the Armed Forces Act (Cap A20) Laws of the Federation of Nigeria, 2004, which stipulates that:

“Notwithstanding the provisions of section 159 of this Act, a person sentenced to a period of detention or imprisonment by a court-martial shall have, within thirty days after being sentenced, the right to apply to the confirming authority or appropriate superior authority for a direction that he be released from custody or imprisonment until after the expiration of the period that may be prescribed for appeal under this Act or if there is an appeal, until the determination of the appeal”.

Mr. Falana argued that releasing Mr. Ransome-Kuti was the “desirable” thing to do as he had already spent 10 months in custody and might be serving more than the mandatory period stipulated in the Armed Forces Act if kept further in detention.