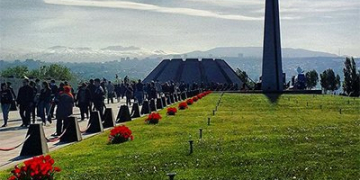 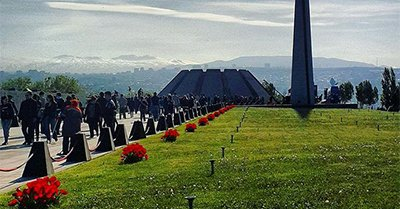 Turkey has recalled its ambassador to Germany after German lawmakers on Thursday declared the 1915 massacre of Armenians by Ottoman forces a “genocide” in a symbolic resolution.

A spokesman for Turkey’s ruling AK Party responded swiftly to the vote, saying it had “seriously damaged” relations.

Turkey has consistently rejected the idea that the killings of Christian Armenians during World War I amounted to a genocide.

Turkey’s prime minister has condemned the German motion as “irrational” and said it will test the friendship between the NATO partners.

The timing could not be worse for Merkel, who has championed a deal with Turkey under which Ankara has agreed to stem the flow of refugees to Europe in return for cash, visa-free travel rights and accelerated talks on European Union membership.

Reuters reports that Merkel was powerless to stop the symbolic resolution, which was initiated by the opposition Greens and was also backed by lawmakers in her conservative bloc and the Social Democrats.

“With one vote against and one abstention, this resolution has been passed by a remarkable majority of the German Bundestag,” said Norbert Lammert, the president of the lower house of parliament.

In a sign of the sensitivities, neither Merkel, her foreign minister nor her vice chancellor took part in the vote, although she did back it in an internal party straw poll this week.

Nearly a dozen other EU countries, including France, have passed similar resolutions.

Below are the list of othr countries that have declared Armenian killings as genocide: 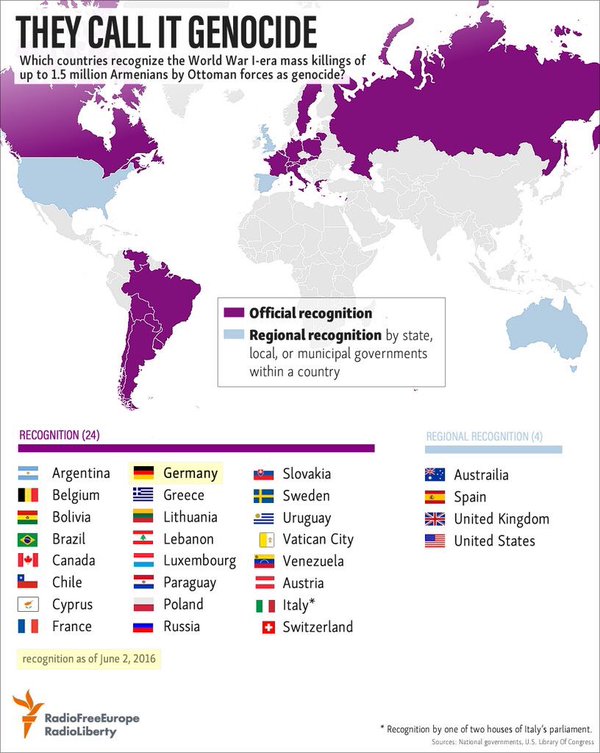