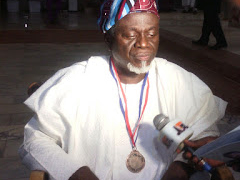 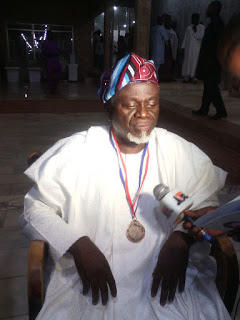 Chief Jamiu Afolabi  Ekungba, one of the governorship aspirant on the platform of the All Progressives Congress (APC) in Ondo State, has said that he can fix the state’s battered economy in 45 days.

He said this in an interview with journalists, in Ilorin, Kwara State.

“The present Ondo State Government is running what I call a closed government, so we are entitled to some information. As a forensic auditor, banker, and an accountant, I can tell you that within my first 45 days, I will be able to know the state of the economy of the state and I’ll call all Ondo State indigenes and explain to them the state’s economy.

In that 45 days, I’m going to fix the economy. I will let the people know the way to move from the debt we are in and I’ve also said it, in the first 90 days of my administration, we are going to take 20 youths from the 3009 polling units and train them.

They are many, 60000, we will not be able to train them at a go, there will be three batches; we are going to bring consultants to train these 60000 youths, some of them will teach in our primary schools because in every class in primary school 1-3, I’m going to put two teachers.

In the area of education, he said: “Between 6 -8 years, after my administration, education will be at its absolute best to the extent that we will be attempting to lead as one of the best in WAEC and every child of Ondo state will become proud of education”.

He said he is very well qualified and capable of bringing those promises to fruition because among other contenders, he is the only one that has a unique background.

He said: “I have cognate experience in banking, I passed through banking and banking passed through me, so up till today, people still ask me questions about banking.

“As a banker, an accountant and consummate forensic auditor, I’m the kind of person who can inherit the bad economy in Ondo State and the state will able to stand on his feet within four months because I will be able to know the extent of the damage.  I know how to mend an economy”.