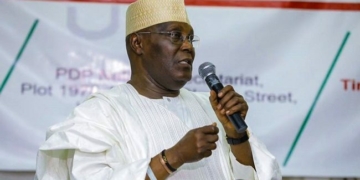 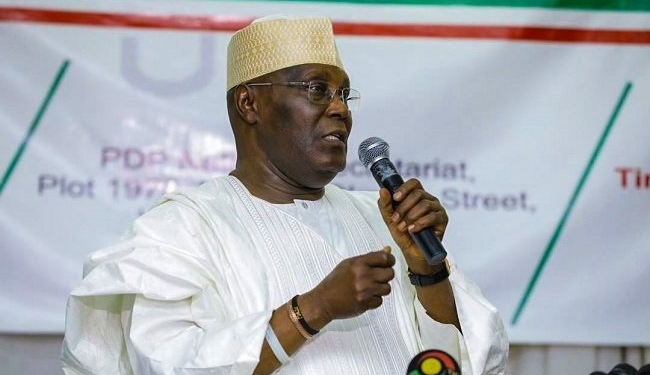 The presidential candidate of the Peoples Democratic Party (PDP), Atiku Abubakar, has said it is too risky for Nigerians to hand over their future to his two main rivals in the 2023 presidential election.

Political pundits have narrowed the the 2023 presidential race to Atiku, Asiwaju Bola Tinubu of the All Progressives Congress (APC), and Peter Obi of the Labour Party.

Speaking at the Nigeria Economic Summit Group (NESG) Presidential Dialogue on the Economy in Lagos on Monday, Atiku said he has a good understanding of the challenges bedeviling Nigeria.

The former vice preisdent described Obi as a greenhorn and alleged that the APC-led government brought Nigerians to “this sorry situation.”

He said: “Experience is important and we must avoid the mistakes of the recent past. It is too risky for Nigerians to hand over their future to a green horn or to the National Leader of the very party that brought us to this sorry situation.

“This is election season. So, you will see and hear from snake-oil salespeople, false prophets and purveyors of false hope and misleading statistics. There is, therefore, need for caution.

“We must also remember that we cannot trust the doctor that poisoned and continues to poison the patient to be the one who provides the curative treatment. The stakes are too high, so we must get it right. This may well be our last chance to do so.

“The Nigerian economy is barely growing. Per capita income, a measure of citizens’ well-being, has progressively fallen since 2015 because of declining output and a fast-growing population. Our people are worse-off today than they were in 2015.

“The oil and gas sector, which is the country’s main foreign exchange earner has declined for most of the period since 2014. For many economic sectors and for the ordinary citizens it still feels like we are in a recession.

“Under the current administration our people are not working. More than 23 million people are out of jobs. In just five years between 2015 and 2020, the number of fully employed people dropped by 54%, from 68 million to 31 million people. This is frightening in a country of 200 million people.

“And the majority of the unemployed are young men and women, who lack not only the means to survive but any hope for the future. The number of unemployed youths increased by nine million from four million in 2015 to 13 million in 2020.

“High youth unemployment and limited employment opportunities pose serious economic and security challenges. It is, therefore, an urgent matter to ensure that there are enough jobs for Nigeria’s youth. More Nigerians are poorer and more miserable today than in 2015.”