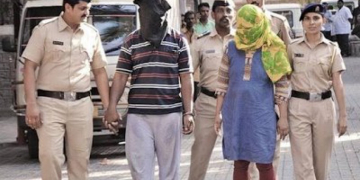 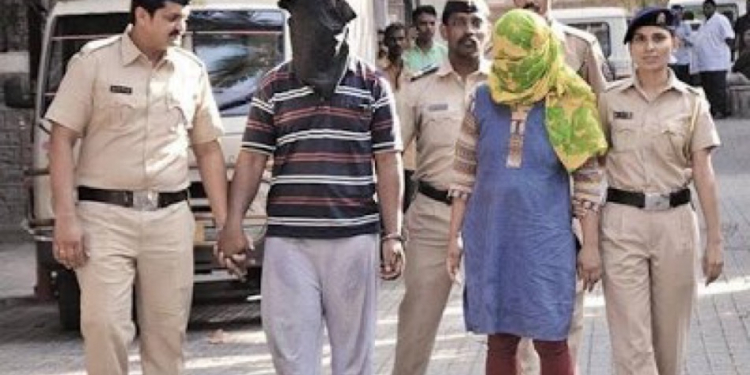 Indian police have arrested a Nigerian identified as Nagbu Orajuka and his Indian wife outside a church in Bhandup, Mumba, for allegedly cheating a resident into paying them close to Rs. 14 lakh using a honey trap.

The complainant, Sandeep Singh, an IT professional received a friend request on Facebook from the female accused, who had set up an account in the name of Mercy John, in October last year.

The profile had a picture of a Caucasian woman, and she identified herself as a London-based businesswoman while chatting with Mr. Singh.

Mr. Singh exchanged numbers with her and they started chatting on WhatsApp. The woman then told him that her husband named Valentine was running a herbal seeds import business and had recently lost his supplier, and that Mr. Singh could make a fast buck by supplying the seeds to her husband.

Confirming the arrest, Deputy police commissioner (zone 7) Sachin Patil said: “We have arrested a Nigerian national and his Indian wife who had made a Facebook account in the name of Mercy John and duped an IT professional from Bhandup.”

“He lost at least Rs 11 lakh that he transferred to them under various pretexts. We suspect their involvement in more cases and have got their custody.”

“The incident took place in November 2016, when the Bhandup resident received a friend request from one Mercy John, who claimed to be a UK national, ” he added.

“She told him she worked for a UK-based pharmaceutical company which used to get herbal seeds from the US, but was no longer sourcing it from there. She told him that India had a supply of these herbal seeds used in medicines, and if he took up the supply, he would make a profit,” said Avinash Kanade, inspector, Bhandup police station.

The victim took the bait and went to the ‘Indian supplier’, buying seeds worth Rs 2.5 lakh. He gave these to a representative of the ‘pharmaceutical company’, who met him at BKC, the police said.

The representative, a Nigerian national, told him the quality of seeds was excellent and placed an order for more seeds, for double the amount. The IT professional then paid another Rs 6.5 lakh and purchased more seeds, officers said.

Thus under various pretexts, the accused got over Rs 11 lakh from him. He got suspicious after John stopped answering calls.

The victim then approached the Bhandup police, which found out that some of these calls were made from Delhi. A police team led by police sub-inspector Jalinder Lembhe went to Delhi and found the address of the Nigerian national who had met the victim at BKC.

Eventually a constable pretended to be a courier employee reached Orajuka, who had been identified as the accused by then, officers said. His arrest led the police to his wife Niharika Deep, who had been running the fake Facebook account, said the police. Deep has also been arrest. Their laptops have been seized and are being analysed.

The Bhandup police had obtained CCTV footage of the area where Mr. Singh had met Valentine and retraced his movements to the Chhatrapati Shivaji International Airport, where they established that he had come to Mumbai from Delhi,” said Mr Patil.

“With the help of some local informants in Delhi, we traced the two accused posing as Valentine and Mercy John. They were picked up outside a church on Good Friday, after which we brought them to Mumbai and arrested them. We are trying to apprehend the person who posed as the supplier,”