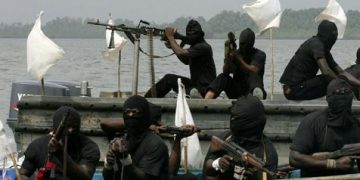 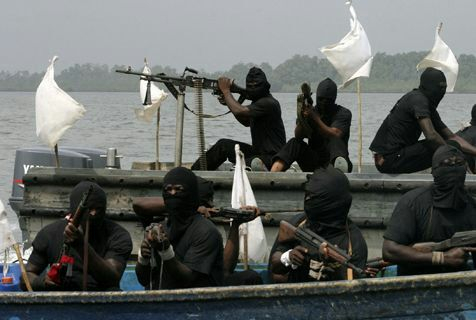 Why comedian Cute Abiola was detained-Navy

According to an account by the IMB Piracy Reporting Center, the pirates who were armed with sophisticated weapons including machine guns allegedly killed a naval security guard who attempted to stop them.

The gang came in two speed boats and attacked the unnamed vessel that was moving at 32 nautical miles off the coast of Brass.

The incident occurred on March 9, around 12:00 pm when people were voting in the governorshp and House of Assembly elections across the country.

Reports claimed the Captain of the ship immediately notified the naval security boat accompanying the vessel, which in turn engaged the pirates in a gun duel.

One of the speed boats used by the pirates attacked the vessel from the port side and crossed the bow, while the other speed boat exchanged fire with the naval security boat.

While the exchange was ongoing, the crew raised alarm and went into the engine room to shut down power.

Report claimed the pirates gained entrance into the vessel with the aid of an elongated ladder. They vandalized the cabins and took personal belongings of crew members.

The pirates kidnapped five members of the crew from the engine room while the remaining crew members managed to sail the vessel to the port.

Authorities have launched an investigation into the incident.