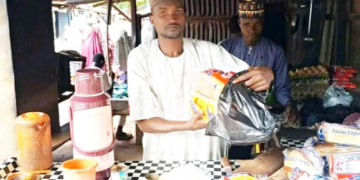 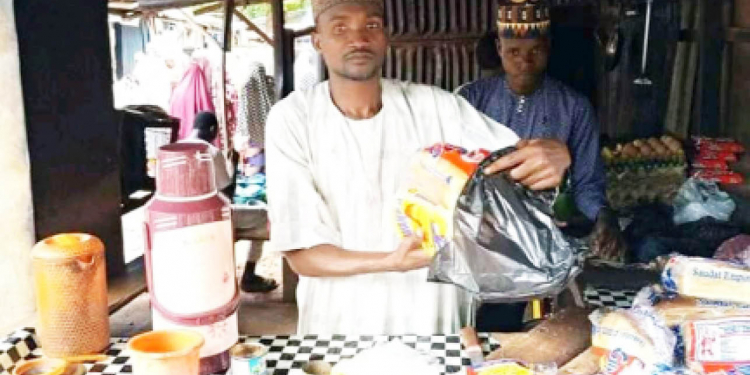 Bala, a graduate of Federal College of Education, Kano, combines his job as a councillor with tea selling.

Speaking on what motivated him to be selling tea, Bala said: “There are many factors. Before this business, I sold oranges after secondary school. There were times I travelled to neighbouring communities in Katsina State to hawk when school was on break. That was when I started knowing the value of business.

“Also, after my tenure as caretaker councillor and special assistant, I realised that politicians used to find themselves in financial crisis. Some would even go bankrupt because they are used to spending money and sharing to people. So I felt that one would not stay like that. That was why I found a shop close to Gwarzo General Hospital and started selling blouses and other commodities. But I realised that the business was not the best in that location and that tea would sell more there. So I went back to selling tea. I thank God that I have been using it to sustain my political activities and even my family.”

On how he combines his job as a councillor and selling tea, he said: “First, I am the head of my tea business, so I go there every day. As an elected councillor, one is not expected to be at the council secretariat every day. Sometimes you receive complaints from people and wait for the day the council would sit to present it there. Some will even follow you to your shop and lodge their complaints to you. So it even brings me closer to people.

“The tea business is a way of interacting with people because the location of the shop (Gwarzo General Hospital) is very strategic, even for people from the neighbouring Katsina and Kaduna States.”

Asked if his fellow councillors look down on him because he sells tea, the lawmaker said: “Not at all. You see, all of them have their individual businesses. Some are into farming, some are into other businesses. It is just unusual to see a political office holder in this business some may see as too small. But personally, I am proud of it.

“When I was not holding any position, it helped me a lot. Whenever I am not available, my workers will be there. The business runs for almost 24 hours weekly.”

The councillor, who noted that he hopes the tea business would take him to wherever any human being goes, said he will keep the business no matter the position he finds himself.

“I can go as far as another country to sell tea,” he said.

Jonathan, Buhari cuckolding in time of war, By Festus Adedayo