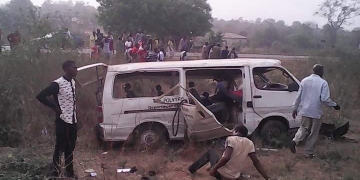 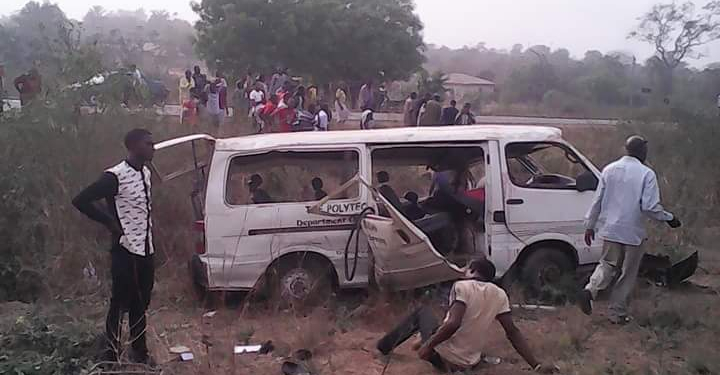 A ghastly motor accident has claimed the lives of six m3mberw of the poltechnic Ibadan, amomg them, students amd staff.
The accident occured on at about 6pm Monday along Oyo/Ibadan Expressway.
The accident involved a Hummer Bus of the Quantity Surveying department of the institution which was conveying some students and staff of the department to Oyo.
It was gathered that the tyre of the 18- seater bus burst in motion and the bus somersaulted. Four passengers reportedly died on the spot while two died later at the Adeoyo State hospital.
The injured persons were rushed to the Oyo Town General Hospital for treatment. Information was sketchy as at the time of filing t his report whether the number of casualties had increased.
New Telegraph however quoted the Public Relations Officer, of the insitution, Mr Soladoye Adewole, as saying:

“I just got the news not quite long. We have not been able to ascertain the number of deaths, but we have actually recorded some deaths. Our Director of Medical Services and Registrar Mr Ezekiel Fehintola have gone to the scene. We have not been given full details of the incident” 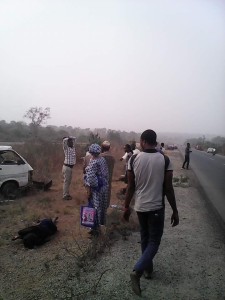