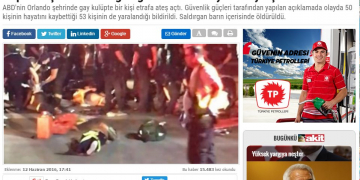 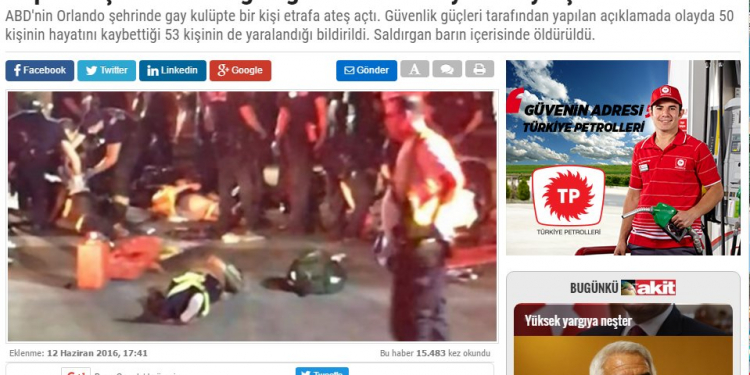 “Death toll rises to 50 in bar where perverted homosexuals go!”

The above is the headline of a Turkish newspaper, Yeni Akit.

The exclamation mark at the end of the headline has prompted some to claim the paper was actually celebrating the attack which killed 50 people in a gay bar in the US on Sunday.

The gunman’s father told US media that his son got angry when he recently saw two men kissing in Miami. He said that might be related to the attack. 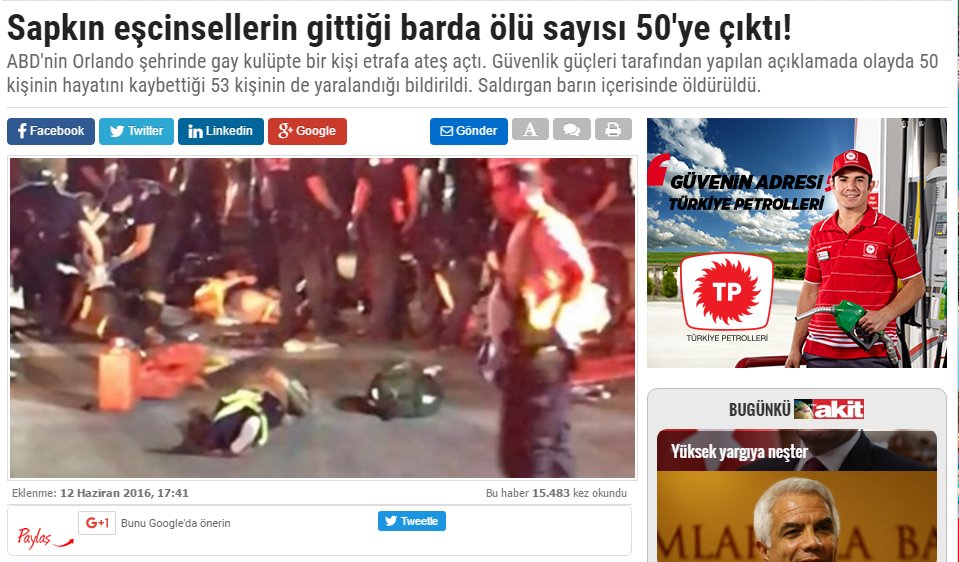