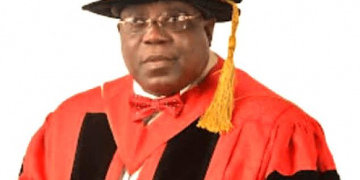 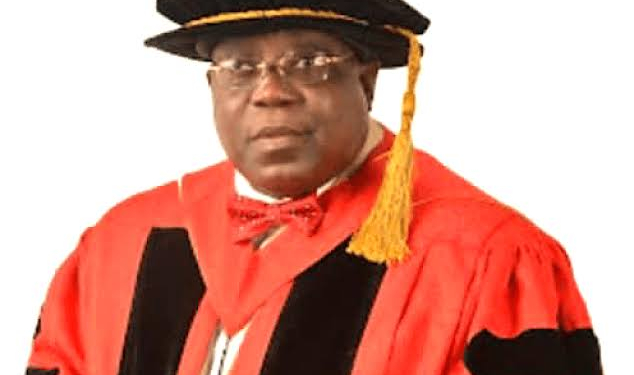 The great University of Ibadan, the first and truly the best, is right in the midst of a momentous celebration. It is 70 years since this citadel of learning, primus inter pares, came into existence. Seventy is certainly a significant year in the life of a person, and more so in the life of an institution that has defined Nigeria and its intellectual and administrative existence in so many ways. Seventy is a year worth celebrating. The University of Ibadan has truly come of age. It has arrived at that hoary stage reserved for those universities across the globe which have stamped the world with their presence. I was simply ready to be a part of this significant celebration in my own little way, until the notice announcing me as one of the recipients of an award arrived. To be considered a beneficiary of the University of Ibadan’s Life Time Achievement Award is mindboggling for me. Coming just a few days to my inaugural lecture as a professor of public administration makes it even more auspicious. I was caught by surprise since this is not something I am expecting at this stage of my life. I thought if I were to be so honored, it would come at an old age when one’s life work is nearing its end. I feel elated and so much grateful to be considered worthy to stand with the array of intellectual stars who have passed through this institution and who are being and have been so honored.

When I entered the hallowed citadel in 1981, I never had any inkling that my intellectual journey would take me thus far and even bring me to this prestigious point in life. The University ofIbadan, in those days, was one of the very few defining African universities that potential scholars, professionals and leaders in the making would take on as institution of choice. We were the young crème of those days. Being a student of this great university was a social status for those of us who were lucky to be admitted. We looked up to those who had gone ahead of us as intellectual giants. we had heard of Wole Soyinka, Chinua Achebe, Mabel Segun, Claude Ake, Clemeng Isong, GamalielOnosode, Iya Abubakar, Grace Alele-Williams, Tekena Tamuno,and all the others. We all wanted to be like them, and replicate their achievements. We wanted to be a part of that intellectual space of the great alumni of the greatest UI. I know for a fact that this is still the case today, despite the proliferation of many outstanding universities even across Nigeria. I have heard about the enormous pressure that comes on the school management when it is admission season. We all should be proud. I am very proud.

I came into the famous University as a green-eyed Jambite with a lot of the unresolved on my mind. I thought that studying Philosophy would be perfect for my intellectual temperamenteven as my parents wanted a professional qualification. I had earlier stumbled on Plato’s famous book, the Republic, in one of the book shelves of my uncle. And that book had transformed my understanding of how the intellect could initiate fundamental reflections about the polity. Surely, I ought to be a philosopher. I eventually found myself with an admission letter by choice to study Political Science under those great and memorable teachers that founded that great department and gave it its global name and reputation.

For me, the University of Ibadan truly demonstrates the essence of being an alma mater. This is a word whose true connotation I discovered just recently. Like so many borrowed English words, its original etymology has been lexically inverted to suit new contexts. From its Latin root, alma mater translates literally as “bounteous [or] nourishing mother.” It derived from a pagan context where it served as a title for the Roman goddesses, a unique reference to mother figures especially. Over time, however, the term made its lexical way into higher education lexicon through its adoption by the University of Bologna as its motto: Alma mater studiorum, meaning “nurturing mother of studies”. The word has now been used essentially to denote the “nurturing” role that education generally and the universities in particular play in the development of students. The universities, in other words, stand in loco parentis as nurturing dynamics that enable the students to lay a solid foundation after the socializing role that their parents have played in raising them from infants.

The University of Ibadan molded and nurtured my intellectual formation. It has a lot to do with my outlook on life and profession. Recte sapere fons was a Latin linguistic curiosity for us then when we were admitted. We hardly paid the UI motto any serious attention then nor did we have an anthem even though we adopted its motto as a badge of our fledgling erudition. But we really did not need to. Its essence was drummed into our lives in the three years we spent as undergrads on campus. I learnt all that I needed to survive the intellectual journey right on this campus, and the multidimensional and active intellectual, cultural and social integration it made possible. Over the years, I have had time to reflect retrospectively on what my life could have turned out to be if I had not passed through the pillars and the contexts that define UI. I learnt critical lessons here about life, about the future, about the society, about other humans. I learnt crucial lessons that only a liberal education could instill about humanity, and what to do with one’s character, talents, spirituality and existence. I learnt about the Nigerian polity and all its precolonial realities and postcolonial predicament. I learnt critical intellectual skills and competences that, again in retrospect, belong to the life package that has kept me till today. I learnt to write. I learnt to analyze. I learnt researches. I learnt the joy of learning!

It was while I was here that I met my wife and we started a family. It was while I was here that I cut my teeth writing for public consumption. I studied political theory, from Plato, Zik of Africa to Awolowo. I argued freely with my lecturers the fine points of governance theories. While I was in UI, the town and gown tradition between the university and the policy space was strong. NISER was a hot bed of intellectual activities in those days. And several of the faculty members in the Social Sciences were drafted to help in rethinking fundamental policy mattersthat Nigeria was grappling with. There is therefore a strong sense of being inducted into a tradition of intellectual activities that definitely goes beyond the understanding of the University of Ibadan as an ivory tower. From its beginning, the University has preserved its status as a centre of intellectual and multisectoral interactions.

When I eventually graduated as a master’s student and commenced my doctoral, the seed of the fundamental relationship between theory and practice had already been sown in me. The nurturing I received generated an ethical obligation of passing the intellectual baton by not only nurturing others in return—within a very strong alumni tradition, but also to transform society through the application of knowledge to social experimentation and rehabilitation. One is reminded of a line from a hymn that says “… because [we] have been given much, [we] too must give”. One’s alma mater integrates one into a long line of nurturing responsibility, wherever one pitches one’s tent either as a professional, as an intellectual, or as both. When I became a public administration practitioner, the UI bug kept pushing me until I made the decision to embark on an intellectual odyssey that would eventually turn me into a scholar-practitioner of public administration and the reform of the public service in Nigeria. It was inevitable, for instance, that I would have a stint at the Ministry of Education where I coordinated a technical team that put together the Education Sector Strategy that critically examined the shortcomings of the education sector and recommended ways forward.

There is a challenge that comes with being regarded as an intellectual. That challenge is essentially that of engaging with the world and all its downsides. The intellectual therefore stands between the society and the universities as the mediator of the critical insights and ideas that could, on the one hand, assist the universities in rehabilitating the society through transformative researches; and, on the other hand, allow the societies to instigate further researches in the universities in ways that will transform the universities themselves. This is what I conceive to be my ultimate objective as a scholar-practitioner. And this is all the more so because public administration in itself speaks directly to the society and its management. Becoming a professor of public administration therefore puts a lot of pressure of me to facilitate research dynamics that reorients public administration as a significant discipline that is critical to rehabilitating the Nigerian national project. This is a herculean task, but it is a task that can and must be done.

With the Life Time Achievement Award, it becomes even more imperative to bring to bear all the lessons that UI has instill in me, as well as leverage on the tradition of alumni dynamics, to partner with this 70-year old institution in its vision of becoming a world class institution that is properly situated within the challenge of nation building in Nigeria. The words of Sheryl Swoopes capture the essence of my gratitude to the University of Ibadan, and the significance of a Life Time Achievement award: “For me, honestly, it’s not about individual accomplishments, individual award. It’s about what I’ve got to do and how I can contribute to the team.” This is fundamentally what becoming a professor means for me. It is not just professing, but professing interdependently with others. It becomes all the more interesting if those others belong in the same alma mater with me.

My prophecies for 2020, by Bisi Adeleye-Fayemi

Honour for the home boy

Youth unemployment and the vocational education imperative, by Tunji Olaopa

FULL TEXT of Buhari’s speech at WEF conference in Jordan

How Alaafin’s police orderly caused Abacha’s scare at my wedding, by Yinka Fabowale