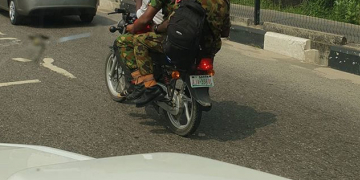 What’s wrong with this picture?

What’s wrong with this picture? 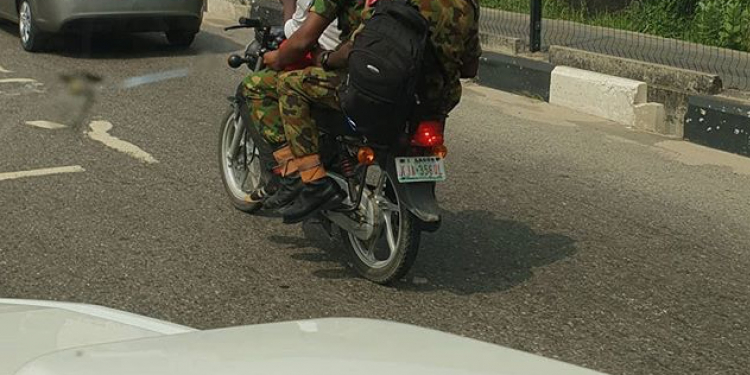 The picture has two soldiers riding on a bike, nothing more. But some people think there is a lot wrong with it.

In fact, ace comedian, Alibaba, thinks it violates the Nigerian constitution and makes mockery of the laws of the land.

He posted the photo on his Instagram page this morning, regretting that the military men were breaking the laws of the same country they are supposed to defend.

His words: “Like I said before, until our constitution is sorted out, we are not in a democracy. Can this happen in countries where laws are obeyed? To ride a bike, you must wear helmets. And you can not carry 2 people. And don get me wrong, I am a barracks boy, my Dad served this country for 18years as a commissioned officer. Whenever he sees what military men do these days, he says, we have lost it. Don’t come here and talk of supreme sacrifice that they make. We appreciate that, always. But no one is bigger than our constitution. 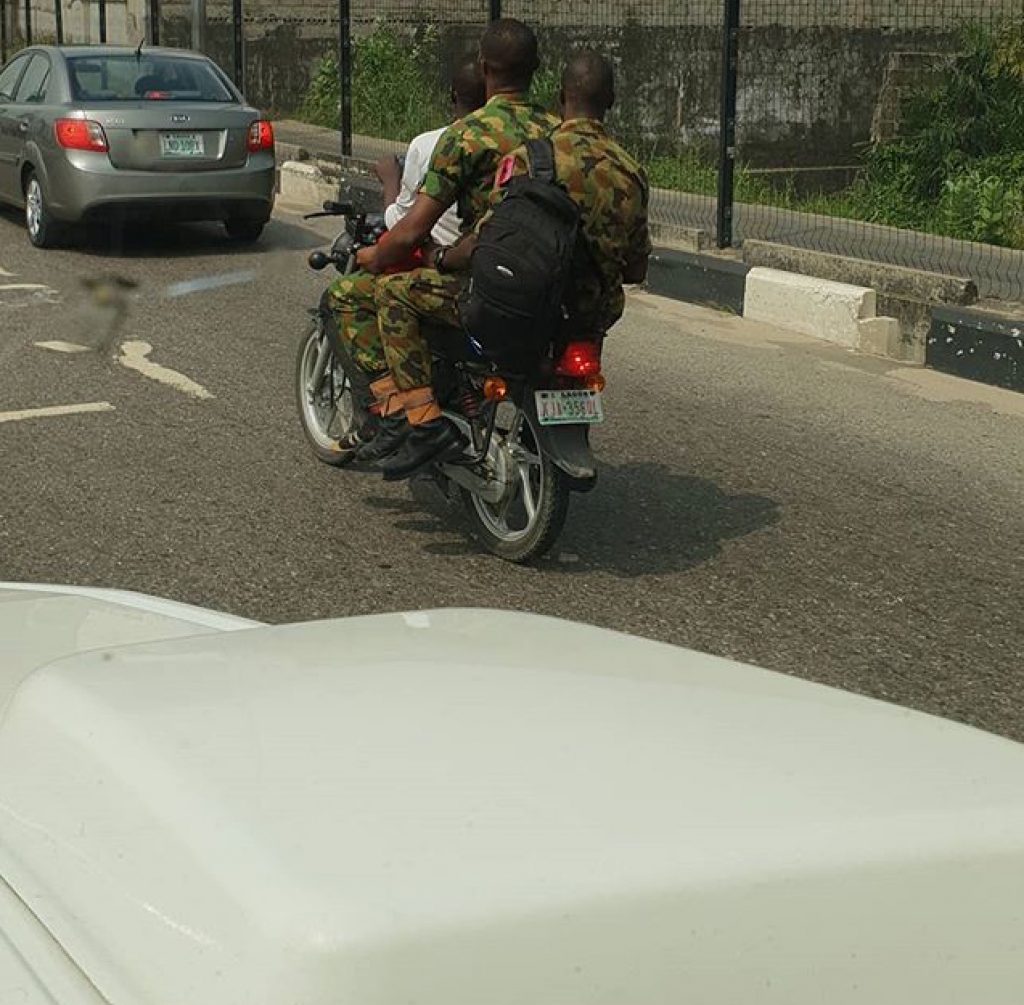 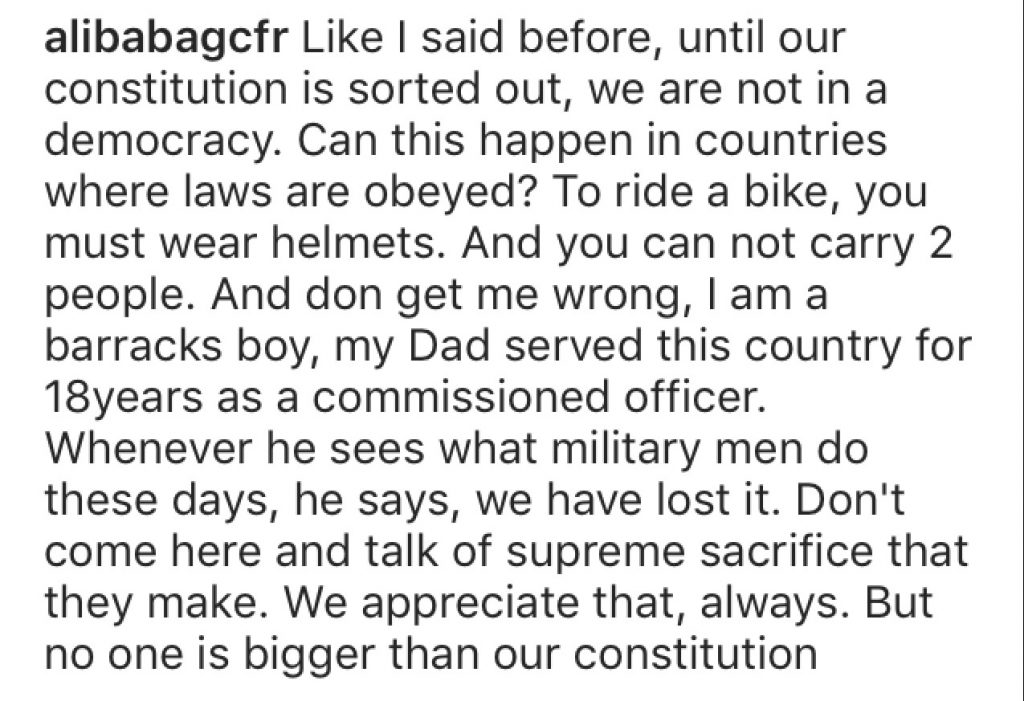 He wrote: “It’s not even a constitution matter this is about their safety. We have gotten everything wrong in Nigeria because we don’t place value on Life. The value placed on the life of every single Nigerian newborn, middle aged or old aged will propel the rapid development of social amenities and the enforcement of law and order. Arresting a driver who takes a one way route and isn’t just because he’s breaking the law but because he is endangering the lives of other road users. VALUE VALUE VALUE.

My prophecies for 2020, by Bisi Adeleye-Fayemi

Honour for the home boy

Youth unemployment and the vocational education imperative, by Tunji Olaopa

FULL TEXT of Buhari’s speech at WEF conference in Jordan

How Alaafin’s police orderly caused Abacha’s scare at my wedding, by Yinka Fabowale