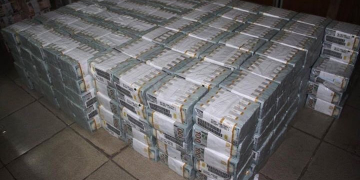 $43m recovered by EFCC In Ikoyi belongs to us, Jonathan approved it – NIA

$43m recovered by EFCC In Ikoyi belongs to us, Jonathan approved it – NIA 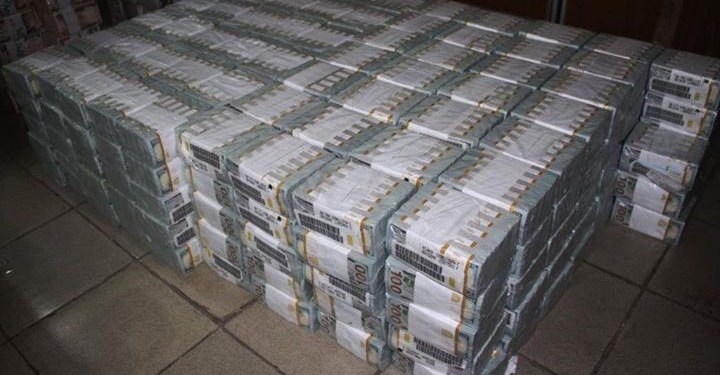 The mystery surrounding the ownership of $43,449,947, £27,800 and N23,218, 000 recovered by the Economic and Financial Crimes Commission, EFCC, from an Ikoyi apartment in Lagos was unraveled yesterday with the admittance of ownership by the National Intelligence Agency, NIA.

This revelation which came at a time the ownership of the funds was a subject of speculation, was the outcome of an investigation by an online platform, Premium Times.

It was stated that the funds were approved by former President Goodluck Jonathan for discreet security projects during the tenure of a former Director General of the agency, Mr. Olaniyi Oladeji.

The report detailing how the money was withdrawn from the Central Bank of Nigeria, CBN, warehoused in Lagos and uncovered by the EFCC, said the sensitive nature of the projects demanded that the funds be withdrawn and kept in a secret place in the interest of national security.

The projects the funds were meant to finance were reported to have been spread across the country, while the prime project was planned to be executed in Lagos, a reason the funds were kept in the city.

The report quoted a source to have stated thus: “The spending on the projects cannot be subjected to the usual expenditure process, and that is why the funds are held in cash. If you like, you can call it illegal projects in the national interest.”

However, it was said that the projects were only known to some top government officials and the NIA.

The report, however, said the Director General of NIA, Mr. Ayodele Oke prevailed on EFCC Chairman, Mr.Ibrahim Magu not to carry out the operation when he learnt of it, but the latter disagreed.

Oke was reported to have rushed to EFCC headquarters in Abuja to advise Magu given that the funds belonged to the Federal Government.

As of when this was ongoing in Abuja, no fewer than 13 police officers, some soldiers, photographers, and videographers, were said to have forcefully gained entrance into the apartment.

Peeved by Magu’s insistence on going ahead with the operation, Oke was said to have gone to the National Security Adviser, Alhaji, Babagana Monguno, and Vice President Yemi Osinbajo to inform them about the development.

Oke’s trip to the duo was noted to have been informed by his belief that the operation was an embarrassment to the security agency.

Continuing, the Premium Times report stated that the NIA boss, on Thursday, had a meeting with President Muhammadu Buhari in company of the Attorney General of the Federation, Abubakar Malami on the matter.

Oke was reported to have been armed with two big envelopes assumed to contain paper and audio-visual records of the security projects. President Buhari was said to have directed Magu to forward to him a detailed report on the operation even as the latter was asked to immediately deposit the funds with the CBN.

Oke was reportedly asked to document his complaints against the EFCC chairman and then reapply for the seized funds. In addition, the report said the presidency might ask Malami to review reports submitted by the duo and make recommendations.

The Special Adviser to the President on Media and Publicity, Mr. Femi Adesina, was quoted to have said thus: “It’s a security issue, and not strictly a presidency issue.’’

Adesina was said to have directed further enquiries on the matter to the concerned security agencies. However, the NIA boss was noted to have confirmed that the money belonged to the agency.

The spokesperson for the EFCC, Mr. Wilson Uwujaren, said he had not been briefed on the matter.

$43.4m recovered by EFCC belongs to Rivers, not NIA - Wike